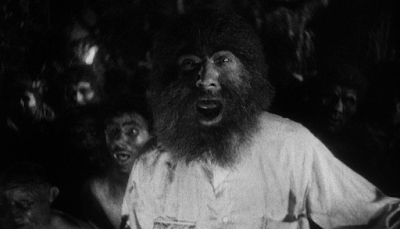 If you've never seen Erle C. Kenton's 1932 adaptation of The Island of Dr. Moreau I highly recommend it -- it is some truly fucked up shit. Charles Laughton makes for a spectacular Moreau and his experiments... really the stuff of nightmares. This one snuck in before the Hayes Code and you can tell! Criterion has the film on blu-ray and it's streaming on their Channel right now too. A great Halloween watch! But we're here for the "Sayer of the Law" quoted above, aka one Mr. Bela Lugosi (yes that is Count Dracula under all of that fur), who was born 140 years ago today!

I'll admit I've always been more of a Boris Karloff fan and I find Tod Browning's original Dracula film dreadfully dull (not that it isn't stuffed to the gills with iconic imagery and atmosphere, of course) but Martin Landau's magnificent performance as Bela in Tim Burton's Ed Wood gave me, as I am sure it did many of you, a lot of empathy and love for the man.

And the more of his movies that I've come to watch the more I've come to appreciate his slyness. He did always have that twinkle in his eye. My favorite recent first-viewing was of Edgar G. Ulmer's 1934 film The Black Cat, which has both Bela and Boris in it and involves Satan worship -- it's a trip! Stylish and silly and weirdly sexy? Very highly recommended. (And it's also on Criterion right now!) 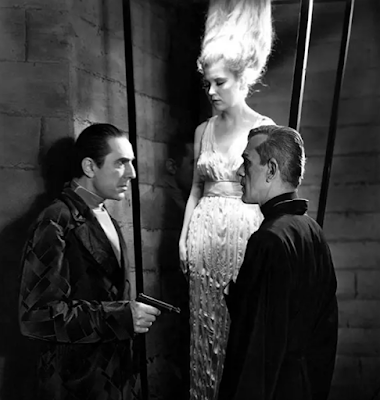