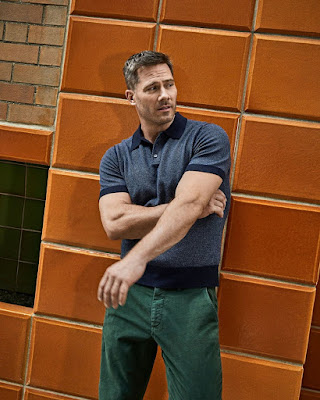 The rumors are true! Okay so there weren't any rumors, as nobody gives a shit what I have to say. But I've felt paranoid about admitting this all week so I've built it all up into a boogeyman in my head -- I gave Billy Eichner's gay rom-com Bros a not-positive review at Pajiba today. Click on over and you can read it there. I worry I'll be stoned when I go to NewFest in a couple of weeks! I'm gonna be walking down the street one day and see Billy Eichner running towards me and it won't be for that series of his! Oh well. I'm a pretty lousy gay, it's always been the case. So here in an attempt to make up for it I give y'all four brand new photos of Bros big slab-of-beef Luke MacFarlane, and maybe one day I'll be admitted back into the gay club. Hit the jump for them... 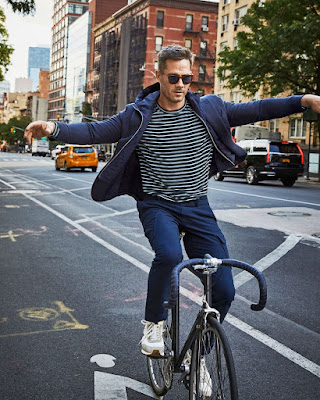 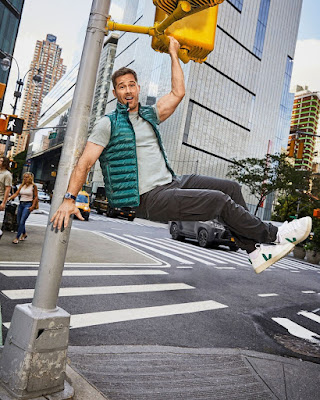 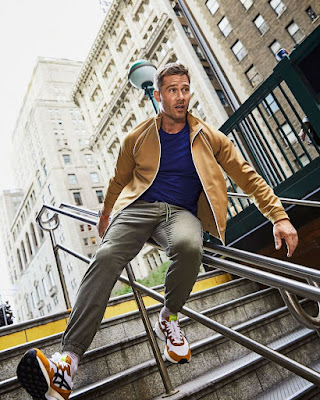 I really liked him as Scotty on Brothers and Sisters but I'm glad he branched out to movies too. Let's see how well this does

He was a lot of fun on Killjoys in a role that could've been standard issue tough guy. Been wondering what he's been up to.

I didn’t really like either. It seemed too hung up on confrontational and not enough on being entertaining.
I do think they were in a tough spot being the “first major studio gay romcom”.

I'm with you on that review (fabulous last sentence, btw). That said, Bros lost me at Bill Eichner.

I, for one, would not stone you.

I kinda loved it. Funny and smart and heartwarming. And that monologue on the beach was fantastic.

I really enjoyed Bros. It was very fun, but I don't see a lot of straight people going to watch it. Which may be why I liked it. It would be challenging for them I think. And Billy was great, a sour nerd character probably not far from his own personality. Not so much with the singing though.

I saw Bros. today, and had it not been for the opportunity of seeing Luke MacFarlane in different stages of undress, I probably wouldn't have sat through it. The script was so dull and the lead character, played by Billy Eichner, is so unlikable. There are some marvelous people in the cast, GLBT folk such as Amanda Bearse and Miss Lawrence, with both Jai Rodriguez and Guillermo Diaz as straight men.

It got better toward the end, but overall, I could have waited to stream it.

While The Movie Wasn't Great, Watching It On A Rainy Day & Monday Which Would Have Made Me Blue, I Did Laugh Out Loud At Some Points And Smile At Others So That's A Plus. PS Hot Hot Hot Luke McFarlane Was Worth It!

It seemed too hung up on confrontational and not enough on being entertaining.

I couldn't have said it better. The characters were unlikeable. It's that simple. Every single actor did a great job but the characters were plain unlikeable. Serial promiscuity, identity stereotypes, and anti-social personality disorder masqerading as marginalisation, is not a love story.

For a lesson on how to get this right, without a big budget, just watch Eating Out 2: Sloppy Seconds.

Luke was great in this and I hope it does lead to more things for him, and hopefully Hallmark won't hold the parodies against him as an actor - I don't believe their holiday movie viewers would do so. I'm not sure he will end up getting any leading roles from this but hopefully casting people will use him in more movies, streaming or theatrical, and it shouldn't impact his ability to continue to get work like The Killjoys - but it saddens me that some people think he disappeared after Scotty on B&S.

The movie itself, as a few other folks here mentioned, was too confrontational in the podcast and museum bits, Eichner's character might have worked better as a cable news producer, or a journalist - yes, something like Making Gay History has a high subscriber count but Bobby's podcast feels more like it would have the kind of listener-ship akin, and no ill-will meant here, to My New Plaid Pants.

I disagree that the characters were unlikable, save for Eichner's role, particularly if you cut the museum out and try to add more comedy to the movie. But this is a "stream it" picture quite definitely.

Anon, the problem is typecasting. He was gay on B&S and Night Shift. He has been on Hallmark a lot but those movies are so whitewashed and not reality in any way.