Don't Go in the Martyrs 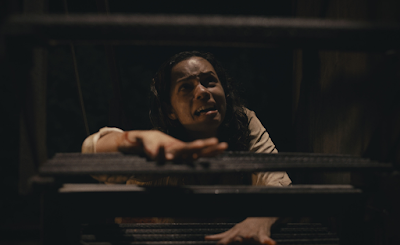 There is only one Martyrs in the world. And there should only be one Martyrs! Nobody is ever gonna make another Martyrs, nor should they try -- Pascal Laugier's 2008 masterpiece of trauma remains one of a kind fourteen years on, even bestride the original Texas Chain Saws and such that came before it. There's just something about its marrying of bleakness with its elusive, revelatory structure that remains singular to this day. And so with the new horror flick called Barbarian out this weekend, writer-director Zach Cregger is smart to wink and nudge toward Martyrs -- it is a masterpiece after all, and one I wish that had been more influential.

And yet... and yet. Perhaps Martyrs hasn't been so influential these fourteen years on because of the "and yet" that I am feeling here about Barbarian. Because of the Martyrs-shaped crater that Martyrs detonated inside of my skull it's sort of kind of unfair to any movie that comes along and tries to emulate it, even in the smart ways Barbarian plays at. Foremost, tonally Barbarian only pokes its nose lightly at that kind of bleakness -- it's much more of a "ride" movie, with you know, "jokes" and "entertainment," none of which Martyrs had much use for. 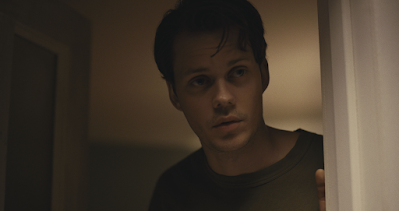 But amid the "gross out gags" that are very much played for us to scream-laugh at in Barbarian, there are clear nods toward the earlier film visually, and thematically too. And structurally Barbarian borrows the most, with its unfolding onion of story inside story inside story until things begin to make their sense in just the last act, once the pieces can be seen for what they are.

And because of that, like with Martyrs, Barbarian is a sort of difficult movie to write about without spoiling. Even addressing its structure like this makes me sad -- going in I had no idea it was this sort of movie and I hate to take that from anybody, and that's before I have even whispered a whisper of plot! Let's just say that Barbarian will reveal itself to not be the movie you think it is going to be about three times, and each rug-pull is a little delight -- this movie is "Fun!" and "Scary!" and all of that stuff, really. I'm just so nerd king captain of Team Martyrs that it's hard not to feel, somewhere inside, that I was watching the miracles of Laugier's achievement be watered down, ever so slightly.

Because (to borrow the terminology of the MPAA for a second) there is Brutality and there is Adult Theme to Barbarian, but it's all in service of Movie Thrills. It feels manufactured, where Martyrs felt unleashed. Like a nightmare loosed. Like proper sin turned cinema. And as much as Cregger is clearly trying to make an entertaining Horror Movie here -- his intent is clearly very different from Laugier's -- my mind just kept nagging at me that maybe some of the stuff he's poking at here shouldn't be made entertaining? Maybe Martyrs was the only proper way to poke at some of this stuff. Walking out of Barbarian on a Movie High, laughing, just felt untoward somehow. Dirty wrong, not dirty right. 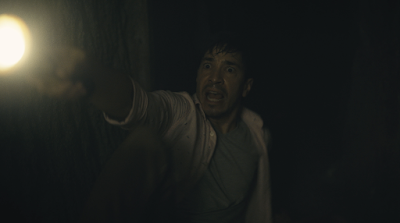 (P.S. As far as I am concerned no, the Martyrs remake does not exist.)
Who? Jason Adams When? 1:49 PM
Labels: Alexander Skarsgård, horror, Pascal Laugier, reviews

(P.S. As far as I am concerned no, the Martyrs remake does not exist.)
Have to totally agree, when they dubbed this in English, they destroyed the integrity of the film!! If you watch, get the original French version!!

As a 55-year-old, lifelong, hardcore horror movie fan who has "seen it all" and lived through my own fair share of real-life trauma, I can definitively say that no movie has ever traumatized me as much as "Martyrs."

Been psyched to watch Barbarian all month and was really let down. It’s just…

The Hills Have Eyes, but in Detroit? The reviews made it sound like it would be Cabin in the Woods-type nonsense. My expectations probably ruined it for me.