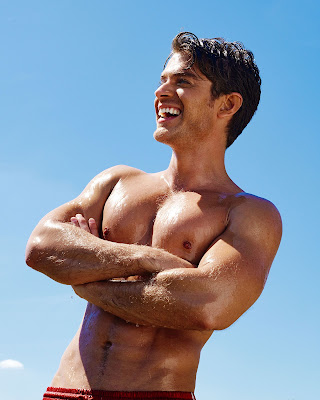 So have any of you read Casey McQuiston’s best-selling novel Red, White and Royal Blue? That's how I keep seeing it described, as a big hit, but I hadn't heard of it until news of a movie-adaptation broke and they cast two hot pieces in the leads -- Nicholas Galitzine will play the British prince (and he's an actor I have posted about here on MNPP before, indeed enough that he's got his own tag here on the site!) while Taylor Zakhar Perez will play the son of the U.S. president that falls in love with him. But then -- and I admit this will sound hella snobby -- this isn't exactly the kind of book I have my ear to the ground for. Looks like a frothy airport read, a beach blanket read, and I just don't read that stuff -- might explain why I'm such a miserable SOB all of the time! Maybe I should spare more time for guilty pleasure garbage and a little less for wallowing in the depressive antics of the German New Wave, I don't know. Wait what were we talking about? 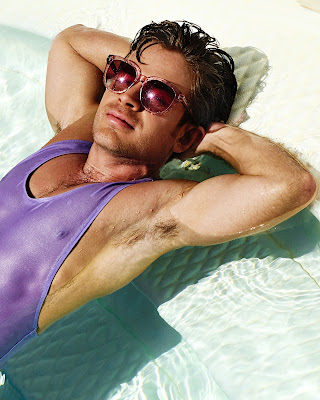 Oh right we were talking about cute boys making out and stuff. And Polo Morín, who I've just become familiar with today thanks to this sweaty summery photoshoot for Attitude Magazine, is a very cute boy indeed. Those eyes! In the movie Polo apparently plays a journalist ex of the President's son -- I'm guessing he's responsible for revealing their relationship? Anyway I recommend also following him on Instagram -- judging by its content I think we are probably creating a little bit of a monster, ego-wise, but I'm old enough not to care. Let the youth be narcissistic monsters, what else have we left them? Anyway I guess I'll keep track of RW&RB now that I've been forced to post about it, so y'all let me know if you care. And hit the jump for some reasons to... 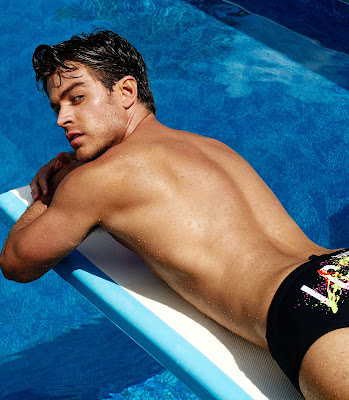 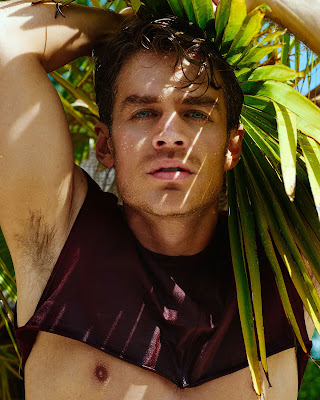 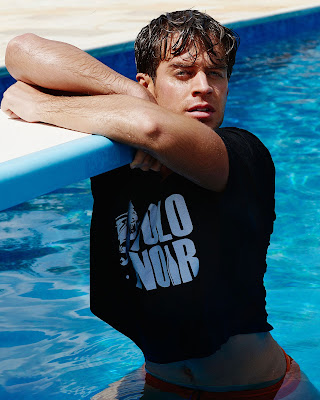 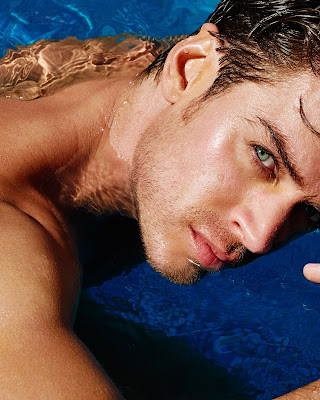 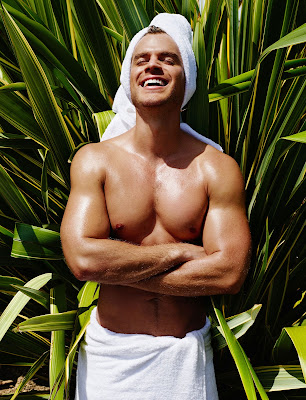 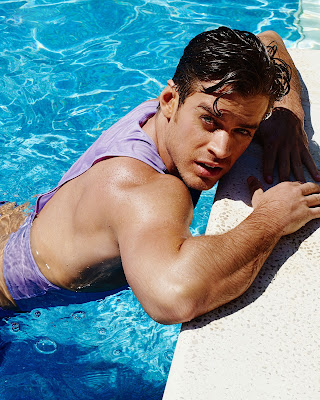 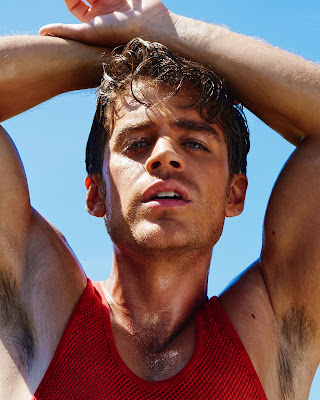 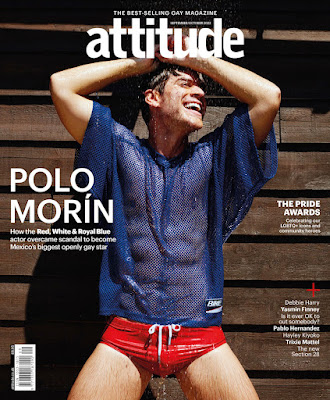 BUT Polo Morin will not be playing the other lead. The son of the US president will be played by Taylor Zakhar Perez. Also scorchingly hot.

Oh! Crap. How did I miss that? Thanks for the fix, Ryan, I will update the post.

That is one of the most beautiful men I have ever seen in my entire life. Just everything WOW.

Polo Morin talks about being outed when his nudes & jo vids were leaked!

I read RW&RB. I guess the romance is kind of sweet. However, its wish-fulfillment-y treatment of politics made me rather queasy. It's like reading fanfic except instead of the
Harry Potter world or whatever, it's set in U.S. political system.

The book is a lot of fun, smarter than you might expect from a beach read and very, explicitly sexy (I've read some other M/M romances written by women where the authors clearly don't understand how men work, anatomically or emotionally, but that's not the case with RW&RB).