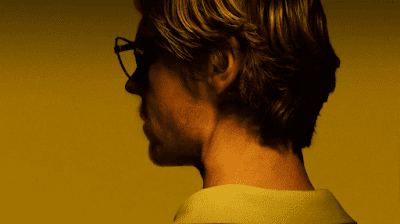 Via BD comes our first look at Evan Peters playing Jeffrey Dahmer in Ryan Murphy's limited series about the infamous gay cannibal serial killer -- I guess they have changed the title of it from Monster: The Jeffrey Dahmer Story to simply Dahmer. As I said when he was first cast last March Evan Peters makes super sense for this role -- it felt preordained, especially given Murphy's involvement. The show was only shepherded by Murphy though -- otherwise it seems as if it's being run by Ian Brennan, the writer behind Scream Queens and Ratched. And all of the directors currently listed -- Paris Barclay, Carl Franklin, and Pose showrunner Janet Mock -- are people of color, which seems important because the show supposedly focuses on Dahmer's victims, who were mainly young men of color, instead of the serial killer himself. Still looking through the cast list right now the thing that really jumps out is that the show has actor (and friend-of-MNPP) Dominic Burgess cast as the serial killer John Wayne Gacy, as well as an actor named Shane Kerwin playing the O.G. Ed Gein??? What oh what is this show gonna be? This is reminding me of the perhaps overly exploitative serial-killer gatherings that happened on American Horror Story -- indeed the great John Carroll Lynch played Gacy on that: 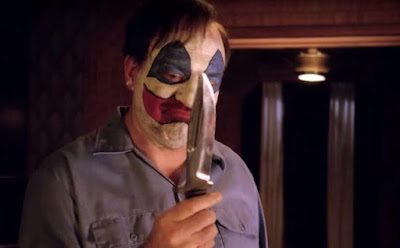