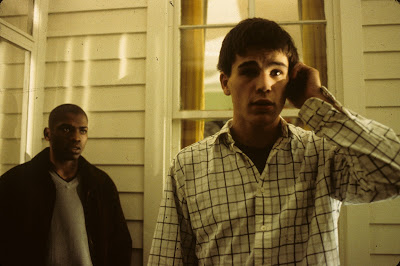 Hugo: All my life I always wanted to fly. I always wanted to live like a hawk. I know you're not supposed to be jealous of anything, but... to take flight, to soar above everything and everyone, now that's living. But a hawk is no good around normal birds. It can't fit in. Even though all the other birds probably wanna be hawks; they hate him for what they can't be. Proud. Powerful. Determined. Dark. Odin is a hawk. He soars above us. He can fly. One of these days, everyone's gonna pay attention to me. Because I'm gonna fly too.

I feel as if I must have seen O when it came out in 2001 (given I have long harbored these Josh Hartnett feelings) but it's been so long I have no memory of it -- anyone revisited it lately? (It streams on Paramount+ if you're now inspired to.) I have a feeling it might be cringe now given how much we've shifted in our ways of discussing race in even just the past five years -- a lot of things from the 2000s feel biblical-old upon a look back. 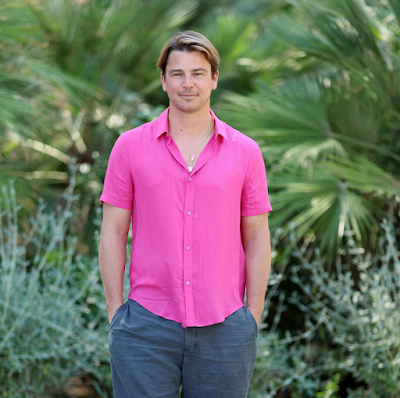 Speaking of old though -- happy 44 to Josh Hartnett today! Yeah well if he's old I am a year older, so. And (speaking of how we talk about race now) he just did one of his best pieces of work, if you ask me, in Raoul Peck's magnificent Exterminate All the Brutes miniseries (still streaming on HBO Max -- read my piece on that series right here) so the boy's got juice in him yet. Anyway I went to check what he is up to next and of course it's Christopher Nolan's film Oppenheimer -- if an actor's not in Barbie or Asteroid City then they're in Oppenheimer -- them's the rules! On that note I have to admit, Nolan-disbeliever though I may be, that I love the Oppenheimer poster they dropped this morning: 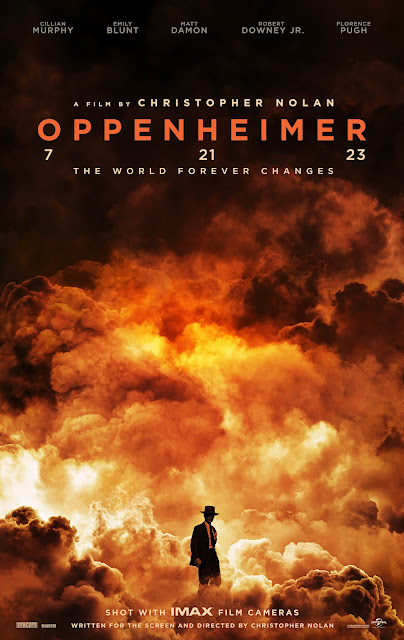 I recently re-watched "O" while on a kick of Shakespeare adaptations not in verse ("10 Things I Hate..." "Scotland, PA") and it really held up well. It's very intense but I don't recall finding any of it cringy (except for what was intended to be, even back then).
Julia Stiles really was the Shakes Queen of this era (O, Hamlet 2000, 10 Things...)!

Tenet was such a disaster, I hope he learned from it. I'm not holding my breath.