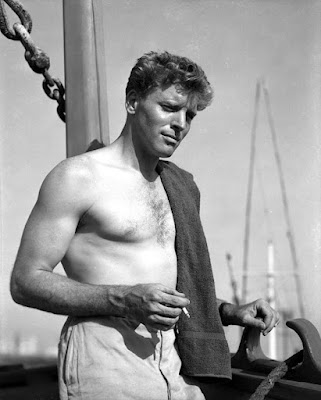 Thinking about Burt Lancaster a little bit today because the fine folks at the UK physical media retailers Indicator have announced a gorgeous limited edition blu-ray of his 1968 movie The Swimmer -- seriously they do the most beautiful editions, look at that beauty below! If I'm being honest I've always found both Burt and that movie a little overrated, but that's obviously from my perspective deep inside a bubble of Movie Nerd-dom -- the general audiences of the world at this point barely know who Lancaster was, much less a 1968 John Cheever adaptation about a man wandering through his suburban neighbors backyards. That's not a crazy thing to say right? Do you think Burt Lancaster is well remembered by people under oh let's say 50? That said I do always give him credit for his more daring work with Visconti -- the man did know how to pick interesting projects. So my stance is that he should be remembered better than he is by general audiences but also that he's always left me a little bit cold, personally. Where do you stand on big ol' Burt? 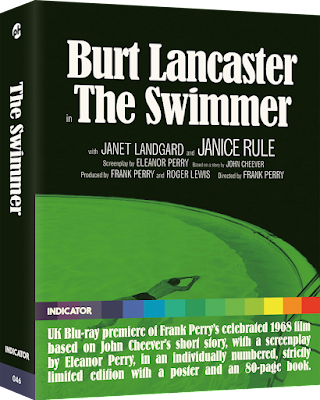 His acting style was very big and broad, but I’ve always found that very easy to forgive because he was so effing hot!

The Swimmer is completely unique, especially for the time. It's like a Twilight Zone episode that was never made, elevated to a grander scale.

I'm a big fan of ol' Burt but will admit there were times when he could be a bit clinch-jawed. However in the main he was very dynamic and a powerful screen presence. He was also always striving to improve which is admirable. What isn't as admirable is that he was often a royal pain because of it.

Wile I love his more nuanced work in say From Here to Eternity (my fave of his films), Criss Cross, Sweet Smell of Success and the like I do enjoy watching him and his "friend" Nick Cravat swinging half naked from ropes and main masts in The Crimson Pirate or The Flame and the Arrow.

Sadly as with most of the Golden Age megastars whose names aren't James Dean, Marilyn Monroe, Joan Crawford, Bette Davis, Judy Garland or a few others he's not nearly as well remembered as he should be. With Burt most probably the under 50 crowd could place him if you said "the old doctor in Field of Dreams" and that was a beautiful performance but such a small sample of his work.