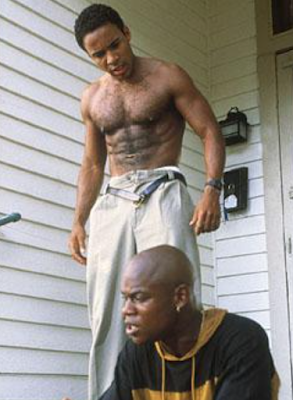 I have probably posted these photos of actors Allen Payne and Bokeem Woodbine in the 1994 romance Jason's Lyric a dozen times before -- and no it's not a romance between these two unfortunately, they play brothers. Jada Pinkett's the object d'lust to Allen's character, and it involves a lot of slow-motion naked humping in flower-strewn fields and the like, but thankfully the film lingers on Allen's body as much, if not more, than it does on Jada. I mean look at it! How could it not? Anyway I watched this movie A LOT as a teenager is my point, so I'm excited to see that Kino Lorber is finally putting it out onto blu-ray in September -- you can pre-order it right here. It's been ages since I've seen it and I was never entirely watching it for "the plot" but I remember it being an interesting anomoly, one of those few and far-between 90s movies about black characters that's trying something different than the rest. 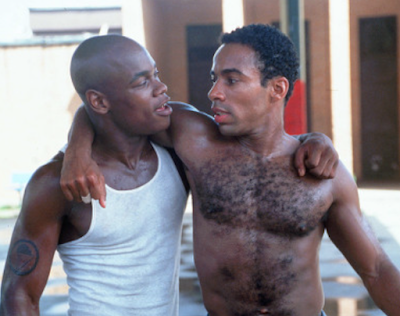