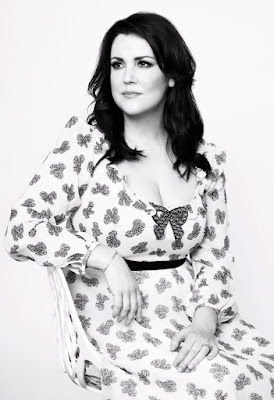 This year GALECA, the LGBT critic's guild of which I have been a member for a few years now, decided to split our annual Dorian Awards into two parts, with our Film awards following the end-of-year schedule that the Oscars do basically, and our TV awards hitting mid-year, closer to the Emmys I guess. (I have no idea when the Emmys happen, I haven't paid the Emmys attention in at least a decade.) Point being the TV portion of our Dorians is happening right now and today the nominations were announced! Photographed above is the one that made me the happiest -- we have been worshipping the goddess Melanie Lynskey since Heavenly Creatures and the Yellowjackets love is well-earned! -- but if you click on over to The Hollywood Reporter you can see all of our noms, and I actually think they're pretty good! Nomination leaders Hacks and Somebody Somewhere are both wonderful shows anyway, and there are countless highlights besides. Okay I don't really know how The Staircase got totally snubbed but I'll just chalk that up to us being unsure where to spread the wealth, in which case let me just add... 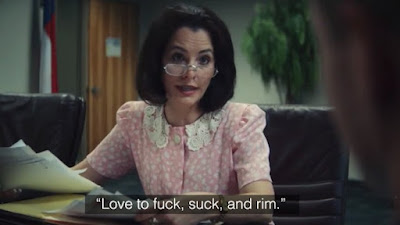 Somebody Somewhere was ok, Lynskey is amazing, but Posey is doing some real brilliant work here and should not be ignored.