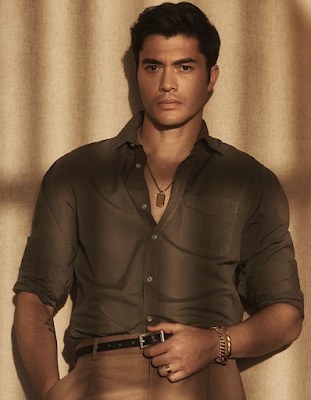 A few more photos of Henry Golding modeling for David Yurman have been released (via) -- I wouldn't blame you if you forgot the previous three photos since they were dropped five entire months ago, so you can click here for a refresher. They're just more of the same sexy browns and golds... taking his name literally there, ain't they? Anyway career-wise did you see the first picture of Henry Golding on the set of The Old Guard sequel alongside Marwan Kenzari & Luca Marinelli, the immortal homosexuals we all loved so much in the first movie? I guess Henry is filling the hole left by Matthias Schoenaerts and yeah I'm just gonna see myself out after writing that sentence. Hit the jump for three more pics... 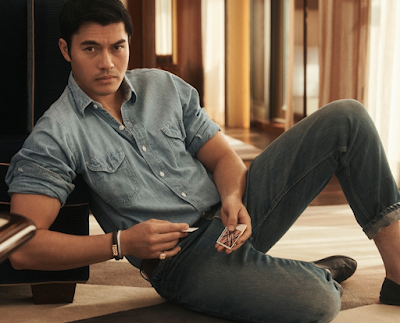 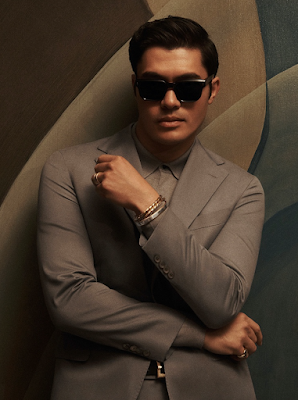 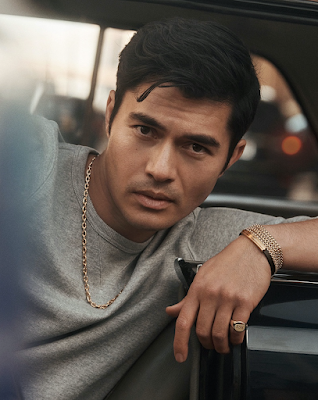 It should be illegal to be THAT hot -- phew!

Yes, indeed, he is HOOOOOOOOT! The last close up is way too BEEEEAUTIFUL.
Thank you, GLORY Hallelujah!!! By