Get Yer RRR On 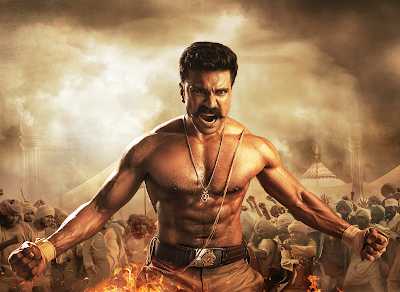 That is actor and mustachioed special-effect Ram Charan in a promotional image (click to embiggen) for the big huge massive Indian action blockbuster RRR that's gotten everybody in a tizzy this summer -- it's been on Netflix here in the U.S. for a couple of weeks now after obliterating box-office records in its home country and it's gathering quite the cult following here too. Have you watched it yet? I'd been meaning to for some time but it's three-hour run-time had me putting it off until the Tribeca Film Festival was done, meaning I finally got to it this weekend and holy cow, man!

There is a brief thread under that top tweet there so click through, but the main thing I want you to catch (if you've seen the film anyway) is this article at Slate which dives into the political context that we Western audiences mightn't been privy too. Basically like most action movies (see also: the Top Gun sequel currently rocking our own box office) RRR is chockablock with Nationalist propagandizing and as much fun as it is (same goes for Maverick) what it's fun is in service to should be kept in mind. 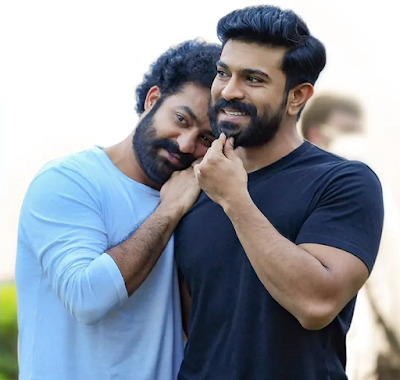 And since I'm coming to the film late I also need to google around to see what people are saying about the homoeroticism on display between Ram Charan and his co-lead N.T. Rama Rao Jr., because RRR is epically, unstoppably gay (see also: Top Gun) from start to finish. Yes both of their characters have female love interests but they couldn't seem less concerned about them in the slightest -- the film's entirely about the relationship between the two men, and they spend so much time straddling each other it made me feel like I've been doing gay wrong this whole time. 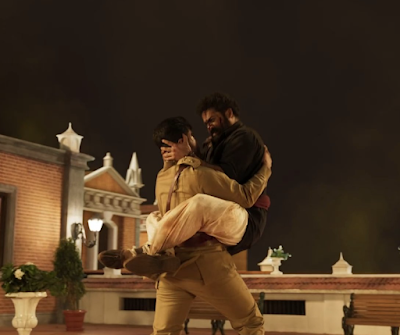 Who? Jason Adams When? 12:37 PM
Labels: Anatomy IN a Scene, gratuitous, Great Moments In Movie Staches