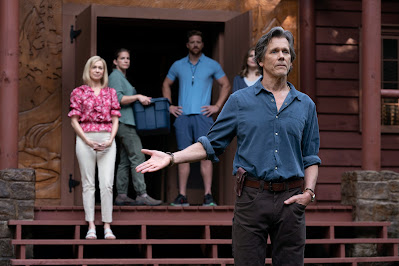 I have been really shirking my duties as of late -- how else to explain that I missed last months' news that Penny Dreadful creator John Logan has gone and directed himself (and us, assumedly) a queer slasher movie called They/Them that will be premiering on peacock next month? And yes as seen above it stars Kevin Bacon, returning to his slasher roots -- in an interview with Fangoria Logan admits that he'd been trying to get a new Friday the 13th movie off the ground with Jason Blum for the past decade but the rights, being the mess that they are, kept getting in the way, so they did this! I wonder if Kevin will bust out his old speedo? But speaking of... 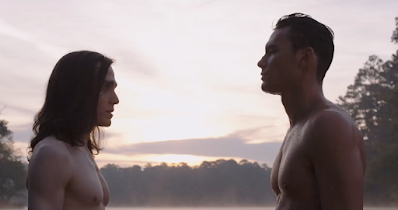 ... we should probably talk about actor Boone Platt, who appears to be playing the creepy camp muscle -- hello Boone! I look forward to being terrorized by you! Here's the teaser trailer:
So They/Them hits Peacock on August 5th!
You should expect me to post about it lots! 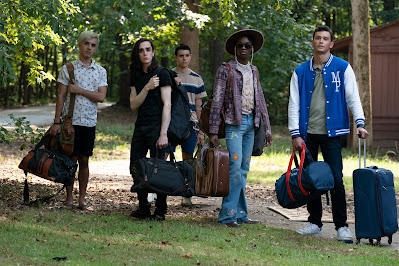 So you think a slasher movie with gay teens is a good thing? Ethan Hawke stars in “The Black Hat” that opened this week where he plays a kidnapper/murderer of teen boys which certainly implies he was to rape them (also Blumhouse). Ugh! So gay/pervert/villain killers victims is not longer a negative stereotype? Ugh!

I have been a lifelong fan of Slasher Movies and one of my favorite genres is explicitly tackling homophobia with this movie, so yes, I am excited. I know Horror isn't everybody's cuppa but for me no other genre speaks as often and as defiantly about the anxieties of that current moment in society (i.e. the moment in which each film is made), and they're finally making OUR anxieties the ones that matter? The perspective? That matters! Whether this ends up being the campers trying to survive the sadistic conversion camp counselors or a revenge tale from the POV of the campers yes yes yes yes I want it give it to me.