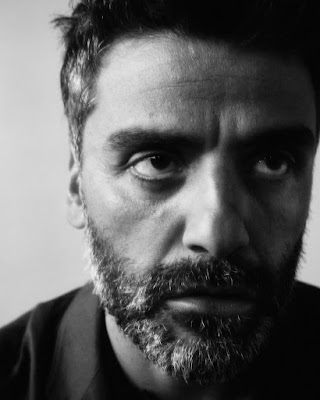 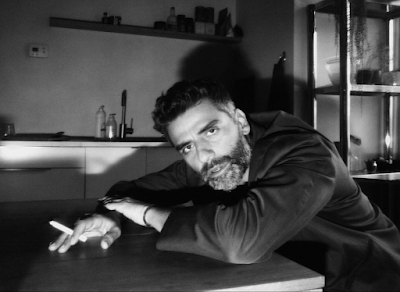 I haven't read Oscar's new interview with the New York Times talking his lil' Moon Knight program, have you? If you have or if you click that link and do let me know if it's worth using up one of my free monthly articles on -- I'm not convinced he'll say anything that he hasn't said in one of his ten thousand other interviews over the past several weeks that will justify that, to be honest. Those clicks are like gold! Anyway I would typically now with great enthusiasm bring up his outfit at the Met Gala last night but the whole "Abortion Thing" really kinda dampened my feels re: caring about silly costume theater with the mega-rich prancing about as the world burns to a literal Robber Baron theme. Yeah Oscar looked hot in his dress... 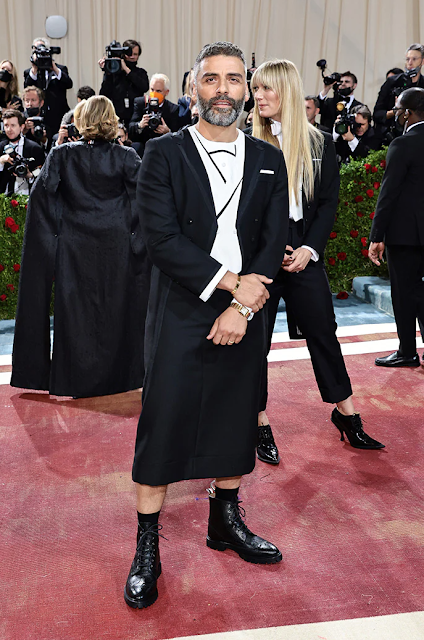 ... but am I crazy for thinking that the dress should've been a little shorter? And I'm not just saying this for the obvious reason (that I want to see up Oscar Isaac's dress) -- Oscar is short. And no, I do not mind that fact. But it's a factor in what looks good on him and like with that kilt he wore several months back (although I think the kilt worked better) I think these fashion choices are making him seem smaller than he is? Maybe that's my own height-ism at work honestly, and the idea is to destigmatize Shortness? Or maybe I am overthinking all of this? Or maybe I am just annoyed I haven't seen any photos of his butt yet?

Keep waiting for photos of Oscar Isaac from the back in his Met Gala tux-dress pic.twitter.com/L75PhKGqD4

Man he looks great to me. He's slightly taller than me so I would really look short in that type of thing. But it's really the camera angle taken from a higher angle. You can see that he's looking up to face it.

Oscar is one of the most handsome and sexiest men alive!!! ❤

Someone once told me this is the worst length for a skirt that it has to be just below the knee (any length above haha) or you know properly long and I agree with you here and think this applies generally. Also, I would have liked it to look a little more Guatemalan or Cuban or even Egyptian if that's allowed ay to promote the show, either way, a little more flavor. Still, he always keeps it cool and more interesting than almost everyone else.