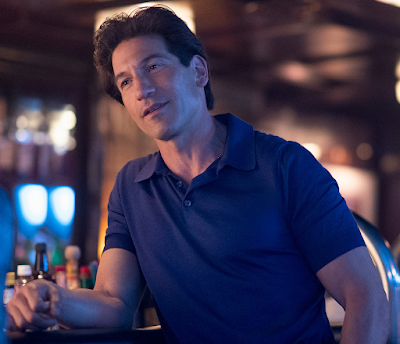 Our first official look at Jon Bernthal in the American Gigolo series that I have been going on and on and on about ever since we first heard about it has arrived via EW today -- not only are there several photos of the show's cast (which includes people who aren't Jon Bernthal, apparently, who cares), but there's also a teaser trailer, and...

... it's filled with shots like that that are doing the convincing for us, that this should exist. Obviously I don't know that Jon can approximate the effortless suave cool sleazy fuck-boy energy that Richard Gere did in Paul Schrader's 1980 movie, but I will sure watch him try! Here's the trailer:
I still don't see a release date for the series (Showtime just keeps saying "Coming Soon") but I'll keep you notified. For now hit the jump for a couple more gifs from the trailer of note...

Here’s to hoping he pulls a Dick Gere by the window.