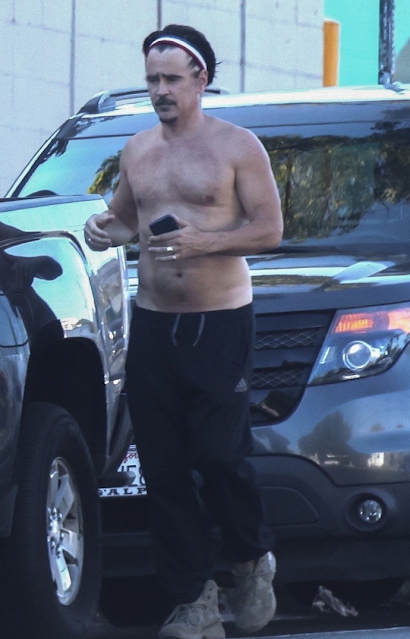 I was so taken aback by Colin Farrell not wearing his patented short-shorts in these new photos from Saturday (via) that my first thought was to ask if it was atypically freezing in Los Angeles this weekend -- only a second later did I realize he was shirtless and that question made no sense. That's how used to The Colin Farrell Short Short Experience that I have gotten -- I carelessly dismissed his upper half! "Used to" is a nice way of putting it -- "spoiled" is more like it, and I need to work on that because one man cannot be a Short Shorts Army. Colin's led the way and been the bravest of them all, but it's up to the other dudes of Hollywood to pick up their hems and join the fight. Come on, Chris Evans! We want you, Idris Elba! 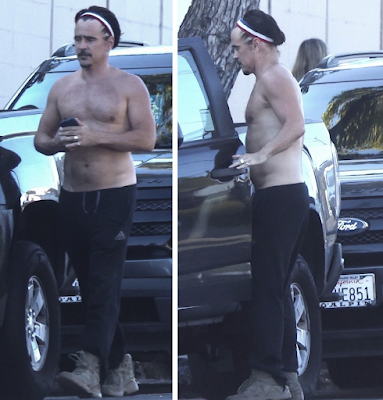 Who? Jason Adams When? 9:58 AM
Labels: Colin Farrell, gratuitous

I prefer this type of body,not too intimidating.