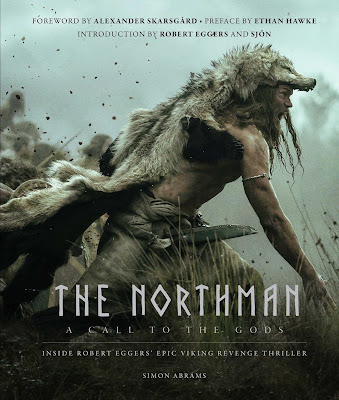 If y'all love Robert Eggers' The Northman like I do (here is my review) then you probably already know that the movie hit streaming last Friday (and it is hitting blu-ray on New Years Eve) -- but did you know that they're releasing a book about the making of the film? It's called The Northman: A Call to the Gods and it is out on September 6th and you can pre-order it right now -- it's a little on the pricey side at nearly seventy bucks but Eggers is such a thorough filmmaker I have no doubt that peeking inside his process on this film, which transports us to the weird ass mindset of 10th-century Vikings, would be worth every penny. And hey maybe there will be good nudie shots of Alexander Skarsgard and Claes Bang too! Dare to dream. 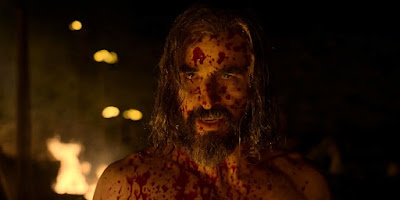