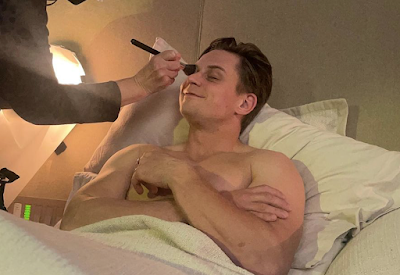 I contemplated saving this for tomorrow morning -- the above photo is perfect for one of my "Good Morning, World" posts after all -- but I decided since the show is debuting today I should just go with it. What show you ask? The second season of the show Made For Love, that's what show, which premiered on HBO Max today. Billy Magnussen shared some set photos on his Insta earlier and... 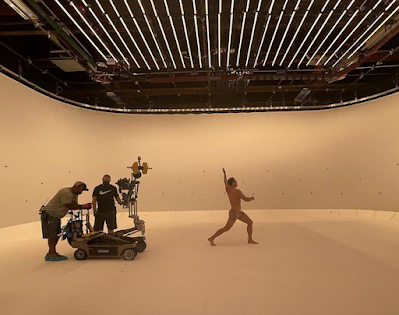 ... it looks like there's a scene of him dancing in his underwear? (click to embiggen) It looks like he'll be doing a lot of dancing actually (see the below video) but the "in underwear" thing stands out, for obvious reasons. Although here's where I admit I still haven't watched the first season of this show -- have any of you? I just kept forgetting to get back to it -- I guess I have some reason now!
Who? Jason Adams When? 10:02 AM
Labels: Anatomy IN a Scene, Billy Magnussen, gratuitous