Hello to all my fellow beloved New Yorkers, it's your time to shine! The annual New Directors New Films festival is kicking into gear tomorrow at both Film at Lincoln Center and MoMA, and man have they got some treats for us. You can check out the entire line-up over here, but I'm going to highlight five movies that I've seen that I very much recommend you see now at the fest, or if you're not in NYC that you keep your eyes peeled for because they're all gangbusters. 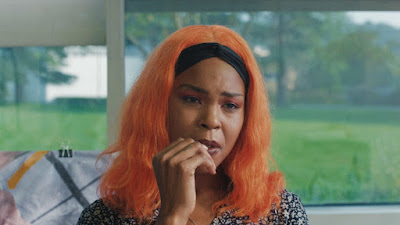 Madcap funny and incisive in all the right ways about art and college and our moment in time, Martine Syms' debut feature film owes if not all a hefty chunk of its success to the wild charisma of its star Diamond Stingily, herself a visual artist (as is the writer-director). That's not to take credit away from Syms', who knew well enough to showcase said charisma and give Diamond the chance to shine. This movie, which details the final day at a small-town art-school before Palace (Stingily) gets the hell outta there with her MBA in hand, brought me right back to that same time in my life; this movie kind of reminded me of Shiva Baby, but less toxic, a little more more warmhearted. Just in general vibe. Anyway it's very funny and I'd happily watch ten more movies following this character, is my point. 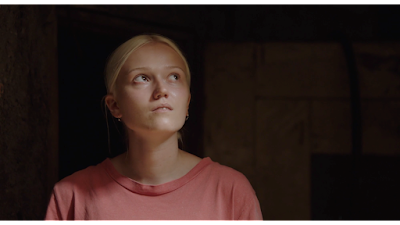 Dark dark dark, this movie about an ex-girlfriend and her ex's brother visiting the spots where their missing ex/brother was recently tortured, raped, and murdered, somehow manages to skirt how depressing that sounds by keeping everything matter-of-fact and at arm's length,... but by its end you'll probably be just as devastated as I was. Taking place in Lithuania this nevertheless feels awfully prescient with what's happening in the Ukraine right now, with numb people wandering a landscape of foreigners trying to piece together the horrors that happened on banal streets in an indifferent or sometimes-threatening small town. I loved this, but I don't know if I can ever watch it again. Very moving though. 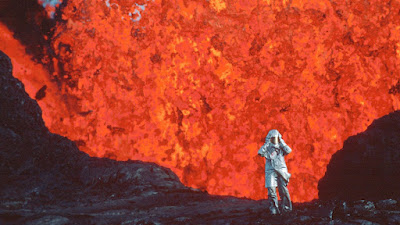 I saw this at Sundance but never got around to reviewing it which is a shame -- it's a delight. A doc about two famous volcanologists who fell in love and traveled the world documenting their beloved lava-flows, this condenses decades of intense and hypnotic nature footage into ninety-minutes of cannot miss. And it's narrated by Miranda July to boot! 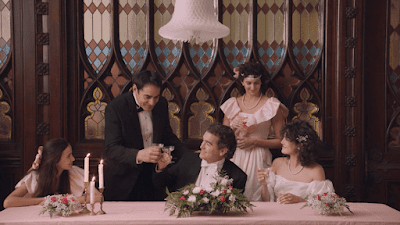 You know that scene in Mike Mills' movie 20th Century Women where Greta Gerwig's character starts photographing all of her belongings one at a time, in order to document herself by way of these individual pieces? This beautiful movie reminded me of that feeling -- of the whole from the parts and vice versa, all adding up to so so much more. Telling the story of a family (from the perspective of the youngest son) over the course of a couple of decades this flick is gorgeous, sometimes transcendent, an accumulation of miniature moments that soon wash us over in tidal waves. Love love love. 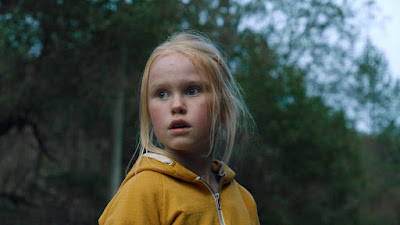 Directed by the co-writer of all of Joachim Trier's movies, this one's actually closest in tone and feel to their lesbian horror film Thelma, which y'all know I consider an underrated treat. This one's basically an update of Children of the Damned, with a small group of Norwegian kids discovering they have some superpowers and all of that going horribly, horribly wrong. It works hard, like Thelma, at subverting and frustrating your expectations with that brief description though -- still I found its low-key visualizations of the superpowers really wonderful. Turns out small ripples of wind moving across sand can feel far more powerful than gigantic CG explosions in the right hands! Anyway IFC is releasing this movie in May, and they have dropped a trailer:

ND/NF runs from April 20th through May 1st -- see something!