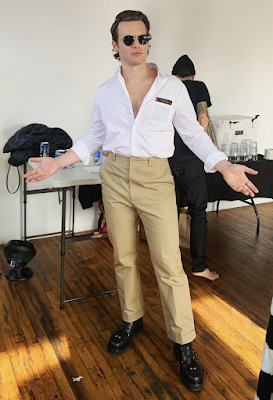 The good movie news today is that a double dose of hot homosexuals have been cast in M. Night Shyamalan's next movie -- good so far as the "hot homosexuals" part goes; I'm not so sold on Shyamalan these days but we'll take what we can get. The homos of choice are Jonathan Groff and former-Fleabag-ian Ben Aldridge (see our previous posts on Ben here), who are joining Dave Bautista and Rupert Grint in Knock at the Cabin, a thriller which... probably involves a cabin, who knows. M. Night's not saying. There will be knocking? One hopes of the bedpost-against-wall sort with Ben & Jon specifically, but Night's movies are always sexless so I have my doubts on that front. Dare to dream. In related news... 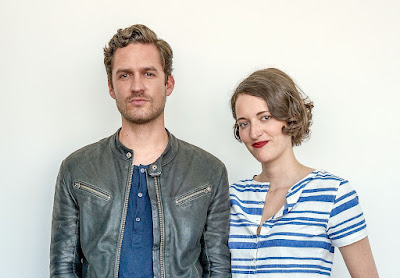 ... Ben's Fleabag queen Phoebe Waller-Bridge has set up a new series at Amazon! And like with M. Night's movie we know absolutely nothing about it! But it's great news all the same. She should make it about a throuple played by Ben, Andrew "Hot Priest" Scott, and her Crashing co-star Jonathan Bailey. I know I know they are all very similar looking white gay men but... I'd still want to see that. Who wouldn't want to see that? If you wouldn't want to see that you just hate fun.

Jonathan Bailey, Netflix and #Bridgerton respecting the time honored tradition of hot fops getting out of the water in soaking white shirts within period-storytelling you love to see it pic.twitter.com/uueTss6eiW