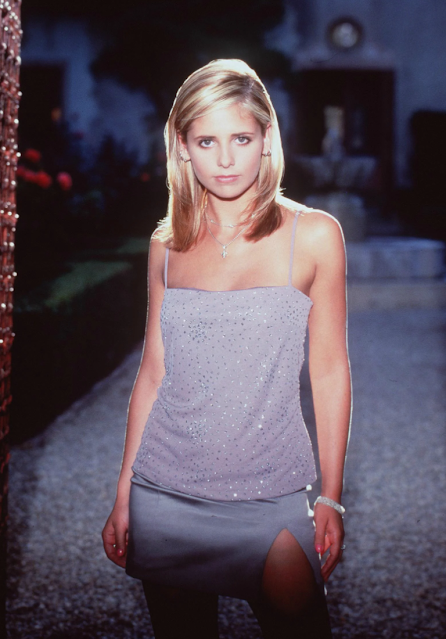 I wish I hadn't had my mind elsewhere (a dozen elsewheres) so I'd have realized that today is the 25th anniversary of Joss Whedon's Buffy the Vampire Slayer series, which premiered with the episode "Wecome to the Hellmouth" on the WB on March 10th, 1997. I have it written in my calendar annually, that today is the show's anniversary, but it only hit me this morning that the years add up to 25 making this one a pretty big one, anniversary-wise.

Of course there's a reason I haven't spent a ton of time thinking about Buffy, my all-time favorite television series, lately, and I suppose you can guess -- hell I already said the name. After that interview Joss Whedon gave a few months back where he showed not just little remorse but very little understanding of the ways in which his behavior harmed people, well I've been putting the show out of my mind lately because it's complicated, and there are plenty enough other complicated things going on in the world that wrestling with Buffy just hasn't been the highest priority among them. 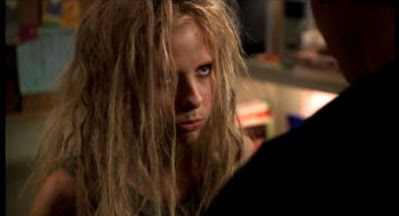 Still here it is, twenty-five. That's a number! As I've admitted before (MNPP has extensive Buffy archives, if you would like to have some inkling of my obsession) I didn't start watching Buffy at the start anyway -- I was in college and didn't watch much of any TV while in college. I didn't start watching the show until the 5th season. My best friend, who loved the show, tried to get me to watch earlier, but unfortunately the episode she showed me is the show's maybe worst episode, the one in the 4th season called "Beer Bad," and I was having none of it.

Anyway happy birthday, Buffy. I am going to leave it to other people to wrestle with the show's legacy today -- I don't have it in me. I haven't even watched an episode in a few years. My boyfriend's re-watching Angel while he cooks right now so I've seen glimpses of that one as of late; I just started binging The X-Files for something to kill in-between time with and that's gonna take a good while to work through. So maybe next year for 26 me and Buffy can talk. I'm sure our whole thing isn't going anywhere. If anybody wants to talk Buffy have at it in the comments!

Who? Jason Adams When? 11:25 AM
Labels: birthdays, buffy, Joss Whedon

Happy Buffday! I started watching in Season 5 too.

It was over and done with before I got on board. Then I signed up for Netflix and got the DVDs through the mail (LOL). And I suffered through most of Season 1 and it was so damn cheesy and I was like, "why is this stupid show so popular?" Then came "Nightmares", and all of a sudden I got it.

THAT interview. I bet his people went out Heaven's Gate style after reading it.

Can you separate the creator from the creation? I'm so happy I hate Woody Allen films. But I do like Michael Jackson music, so there's that. Buffy remains in my top 5 fave shows of all time. "Once More With Feeling" is my all-time favorite episode of television, period. As a lover of musicals, probably top 5 there too, although I hated "West Side Story," and that is considered classic. But I did love "Tick, Tick, Boom."