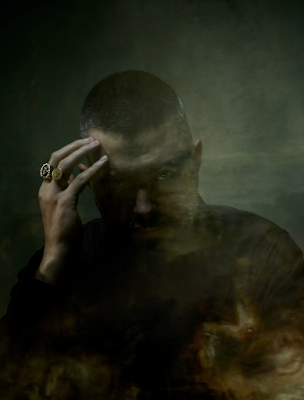 “Nosferatu” was mesmerizing. “I was bowled over,... It was all in black-and-white, except for the blood that would occur on the victims’ necks. And it was all high-school kids. So there was a kind of sweet innocence combined with the depravity.... He’s a golden boy. “The support he’s had has been extraordinary. He suffers from nostalgia... He knows things, for someone who has not lived a very experienced life.”

The New Yorker has a very long and incredibly fascinating profile of the director Robert Eggers up here in the run-up to The Northman hitting; the quote above is from an older friend of his who saw Eggers' high-school stage production of his dream project, a re-do of Nosferatu. There is also definitive word in the piece that Eggers was set to start shooting his long-delayed Nosferatu movie this spring with Anya Taylor-Joy and Harry Styles, but Styles backed out at the very last minute and now, who knows. Styles is fresh enough an actor that he could turn out to be a good one but his name doesn't automatically inspire confidence from yours truly, so I can't say I'm upset he will not be the star of one of my most anticipated titles -- that said, perhaps contradictorily Styles ditching the project and maybe fucking it up permanently also rubs me the wrong way! Anyway ATJ says some lovely things about Eggers in the piece, and all-over it's a fascinating read, I highly recommend.
Who? Jason Adams When? 12:39 PM
Labels: Alexander Skarsgård, horror, Robert Eggers