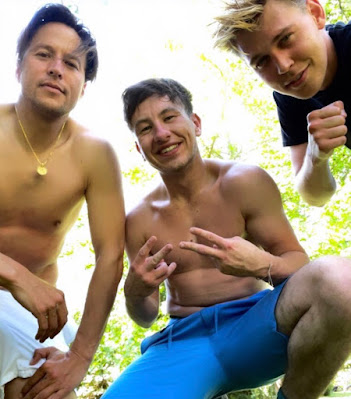 Indeed that is a photo of director Cary Fukunaga and actors Barry Keoghan and Austin Butler (aka Baz's Elvis to be) chillin' nips-out while shooting Masters of the Air, their upcoming series about World War II that I've mentioned previously a couple of times (including just two days ago) -- no idea of the original source for this, I got it via Film Updates on Twitter. There are so many cute guys in this series -- check out the cast list here -- that I hope we get a storm of gratuitous photos from its shoot! Like where's Callum Turner? Get Callum Turner in there, fellas -- there's plenty of room! In related news here is another photo of note that Barry tweeted out recently that I missed: 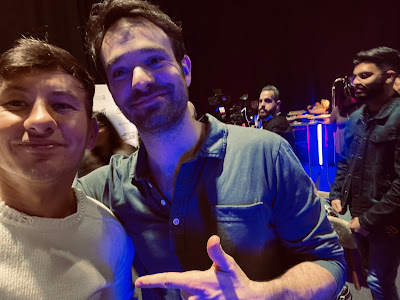 It's just a matter of time before everyone realizes how great a director Cary Fukanaga is.