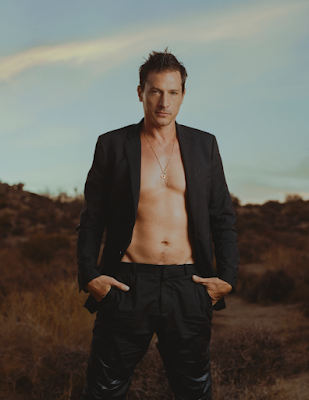 My attention span with regards to the Academy Awards has really cratered over the past several years -- I have always been skeptical towards them as superficial and mediocre but lately they just aren't even fun? The entire conversation is just joyless to me. It becomes statistics for months of the year instead of a celebration of actual art and I hate it. Anyway I was majorly bored yesterday so I did end up tweeting some about the Oscar nominations and when my pal Nathaniel at The Film Experience asked I tossed off a few remarks with the rest of the TFE crew -- you can see that stuff here.

You were all too good for them, fam! pic.twitter.com/v3jubKy7Oc

Generally it's a pretty good batch of nominations? Lots of things I love in the mix -- it's a year where my favorite movie of the year (Jane Campion's The Power of the Dog) is also the frontrunner for Best Picture, and that lines up so rarely it should be noted. Very happy for everybody involved with that movie nommed -- Dunst! Plemons! Kodi! (Just hope the two Supporting Actors don't cross each other out because this should be Kodi's statue -- he gave my fave perf of the year as well.) Jonny Greenwood! Ari f'ing Wegner!

No but seriously ARI FUCKING WEGNER Y'ALL pic.twitter.com/Pyo083GWy7

Also super happy that Kristen Stewart made it in as I am a big Spencer lover. Looking at the Best Picture line-up there are only two movies in it that would make my Top 10, I think -- that'd be the aforementioned Power of the Dog and probably Licorice Pizza? If you can't tell I haven't even thought about my Top 10 for 2021 yet, haha -- this is how serious I am about awards turning me off these days. I don't even want to think about ranking my own favorites anymore. Other BP nominees -- I like West Side Story and Nightmare Alley and Dune and Drive My Car. Belfast and Don't Look Up are middlingly okay. I couldn't stand King Richard or CODA. (Ugh CODA. By far my least favorite. Smarm personified.) They do adore their mediocrity most of the time. Super irritated that room wasn't made for movies like The Green Knight, The French Dispatch, Zola, Red Rocket, C'mon C'mon, Spencer (the techs ignoring this movie is criminal), Titane and a dozen more. But sure what JK Simmons did in Being the Ricardos deserved a spot! Sure okay whatever, Oscars. You do you...

Have to agree with you on coda. Not worthy. Mostly because it features a deaf family, but the movie about the one hearing member who happens to sing like someone on American Idol. A very fucked up focus if you ask me. Makes me think the screenplay started one way, and we ended up with something significantly compromised.

Vincent Lindon was the performance of the year for me.

How does it work? is it part quality, part marketing, part money part status of people involved, etc(plus who you know)? Or is it actually mostly about the films?

Seconded. You should see her beautiful work in The Kettering Incident.