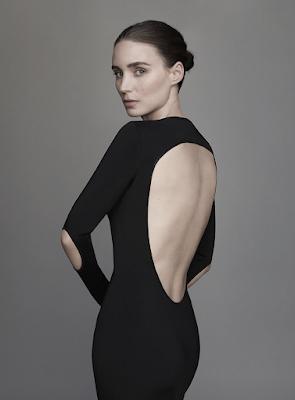 I don't know why anybody drops big news like this on a Thursday night -- wait until assholes like me are at our desks so we can parrot it in nearly one million identical posts! -- but last night Deadline reported that the very talented actress Rooney Mara will star in an Audrey Hepburn bio-pic directed by one Luca Guadagnino. I think after movies like My Week With Marilyn, Jackie and Spencer -- and yes, one wonders how Pablo Larraín feels about this news today! -- proved that we can make successful and interesting biopics of people we used to think would be untouchable because of how iconic they still are all these many years on, this one proved inevitable. (We're also getting Baz Luhrmann's movie about Elvis soon, too.) 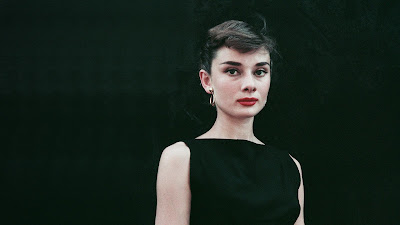 But really what does the general populace even know about Audrey Hepburn at this point? I very much count myself as a fan but that's of her performances -- the woman behind Holly Golightly I know very little about. I was 16 when she died and I remember her as a nice old lady who did a lot of charity work, but I've never read a biography of her or seen a documentary -- Audrey the person is a total mystery to me. So I say bring it on. Guadagnino has been sharpening his teeth on fashion short films for the past few years in between his movies and I think those, more than anything, will have prepared him for this. You can't think Audrey without thinking Fashion. And on that front Rooney fits the bill. And yes I love Rooney and think she's the perfect choice, by the way. I might not know much about Audrey but I do know if Audrey was around today she'd be the one talking about how she'd never eaten pie before, that much of I am certain. Thoughts?
Who? Jason Adams When? 10:55 AM

Audrey Hepburn was a gift from the gods. She was an enchanting actress and a great humanitarian. The TV movie starring Jennifer Love Hewett isn't bad. Did you know that Truman Capote wanted Marilyn Monroe to play Holly Golightly? Breakfast at Tiffany's is one of the best movies showcasing New York ever made, but she's terrific in Roman Holiday, Wait Until Dark and of course, Funny Face. It took me half a century to really appreciate her in My Fair Lady, but now I do. I saw a documentary about the making of the film when I went to a poorly attended 50th Anniversary screening, and realized she was the right actress at the time. If you see her beautiful performance as Hap, the angel of death in Always, which was her last film, you can see how the cancer was ravishing her body. She and Sean Connery have lovely chemistry in Robin and Marion and she had an affair with Albert Finney (who wouldn't?) while making Two for the Road.

Did you know, for example, that Audrey Hepburn and Anne Frank were classmates together in Amsterdam? It's discussed in the documentary Anne Frank Remembered and footage is seen onscreen at the Anne Frank Huis. Here's a link to part one of The Audrey Hepburn Story on YouTube: https://www.youtube.com/watch?v=ZC79rQ7TMcU

Love AH. Roman Holiday is one of the greats. Her performance makes it what it is.