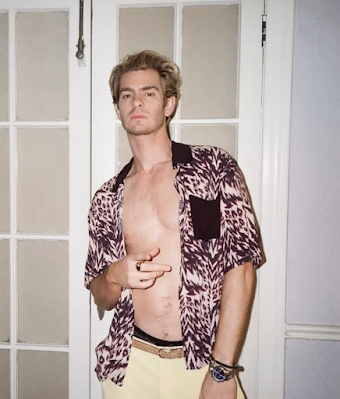 Gia Coppola's film Mainstream from earlier this year has mostly been forgotten here by the end of the year, and not without cause -- it's just an okay movie, not nearly the cutting social media critique it thinks it is. But I would say that it was the spark that lit the great year that Andrew Garfield has been having -- he gave his all and then ten more people's all in Mainstream (see my April post about the trailer if you don't know what I speak of), and then he gave it all again but with a better movie on hand in Tick Tick Boom, and then, this past week, [spoiler alert]. Anyway it makes sense that the photo up top -- which was taken on the set of Mainstream (via) -- would come roaring back to life this week, where it's been making the rounds on Twitter. We're celebrating a year of Andy and this was part of that! Oh and so was the moment in Mainstream captured below (click to embiggen): 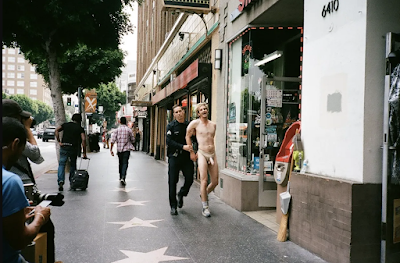