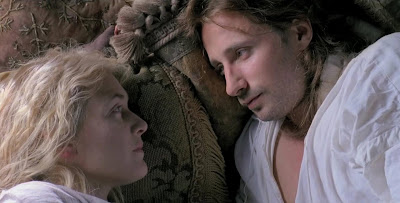 André Le Notre: What if no one person is to blame?
And what use is blame? It is enough to have that
happen to you. It is enough to recover from it. That
is as much as we may ask of ourselves. That is enough.

It's surprisingly difficult to find good quotes from Matthias Schoenaerts characters in films because, as anybody who's seen Matthias Schoenaerts in a film might recognize, he tends towards characters that are, let's say, un-talky. Alan Rickman's 2014 film, which had him playing against type as a romance-cover-ready designer-of-royal-gardens who dukes it out with Kate Winslet's designer-of-same first among the plants and then among the sheets, actually calls on him to be a little bit chattier, and so it was a simple enough feat looking to this movie for today's "Lesson" in honor of Matthias' 44th birthday, which is today. Happy day, Matthias! 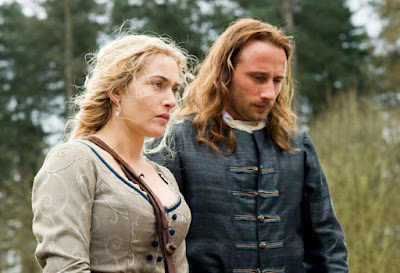 Don't believe I ever reviewed this movie and that's probably because my recollection is I didn't love it, but looking back now I'd love to watch it again and give it another try. The thought of Matty and Kate talking quietly in period costumes among beautiful flowers feels like a simple pleasurable happening we didn't properly appreciate quite enough at the time. Seems it'd make a fine afternoon double-feature with his swoony Gabriel Oak in the stellar remake of Far From the Madding Crowd, anyway. 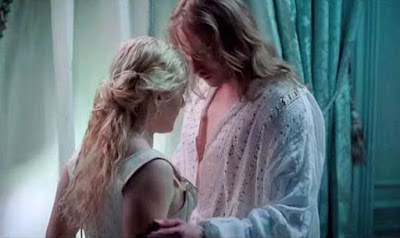 But that hair, Matt is so attractive, but he is not a long hair guy.

I do not disagree about the hair!