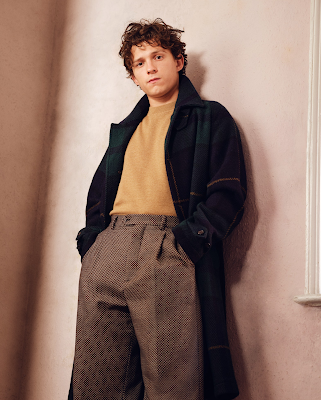 Our Spider-twink overlord is featured on the cover of this month's GQ magazine talking about the upcoming Spider-twink movie, Spider-twink: No Twink Home, which just got a brand new trailer yesterday and sure why not post that while I'm at it:

It's promising batches and bunches of former Spider-twink villains from all of the many films, and there are theories going around that you can see shots where 1) it looks like they CG'd somebody out of a battle and this has people convinced they're covering up the Multiple Spider-Men Theory (the one that says we'll get to see Tom alongside Tobey Maguire and Andrew Garfield) and 2) that one of the flashes of green we see might not actually be Willem Dafoe's Green Goblin but rather Jake Gyllenhaal's Mysterio. To be honest I am sold on both of these things! The former because Sony is doing a really unconvincing job denying it, and the latter because of the whole concept of the movie spelled out in the trailer -- it makes sense that one of Tom's own villains would come back as well. 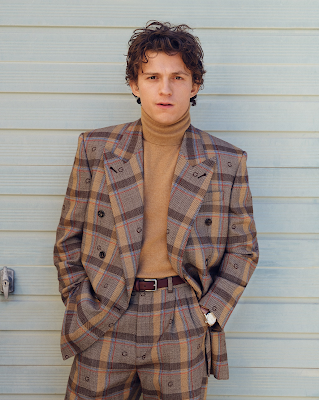 Anyway I ramble. I doubt I'm going to see No Twink Home when it's in the theater anyway (not unless I get a press screening invite and I never get superhero movie press invites) because as I mention on a daily basis I'm still wary of public screenings. So I'll probably have everything spoiled for me before I see the movie, which actually sucks since the Spider-twink movies are ones inside the MCU I actually care the most about and enjoy. Oh well! I won't die, probably. Knock on wood. Back to GQ! I actually like about 75% of the clothes they have him dressed in, and how great is it that they've got Tom dressed in multiple pairs of plaid pants? I am taking this as a precisely aimed shout-out straight at my own noggin. I accept your challenge, Spider-twink. I don't know what that challenge is yet, but I'm sure we can work something out. Hit the jump for the entire shoot... 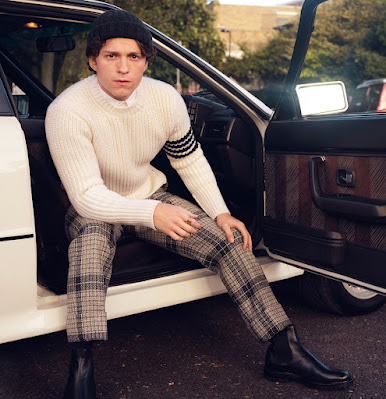 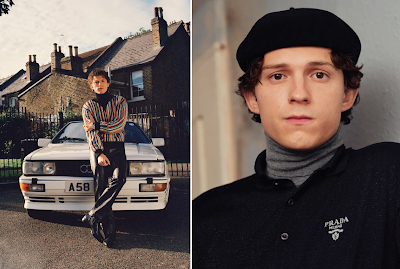 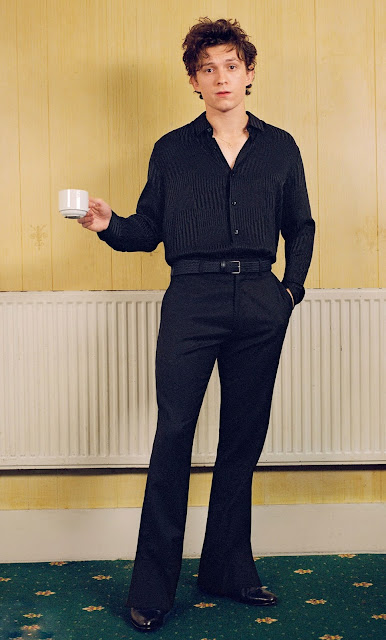 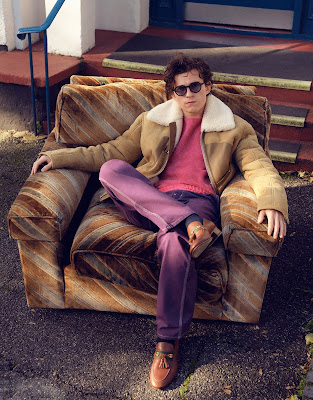 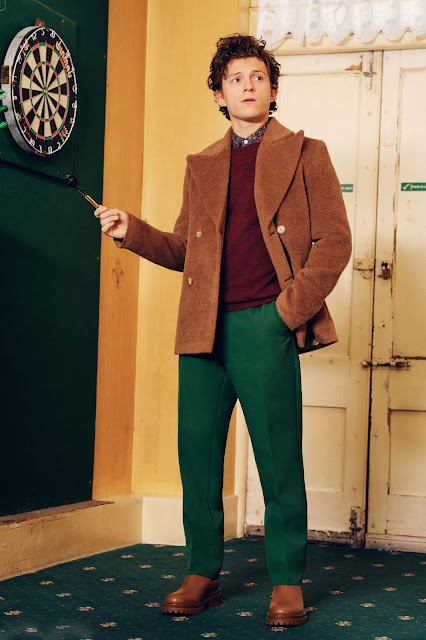 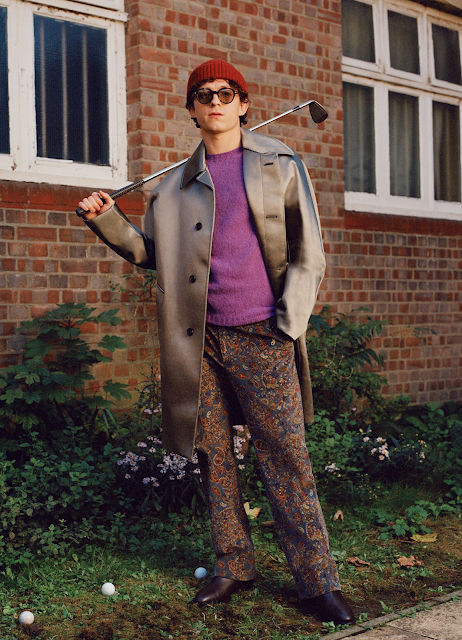 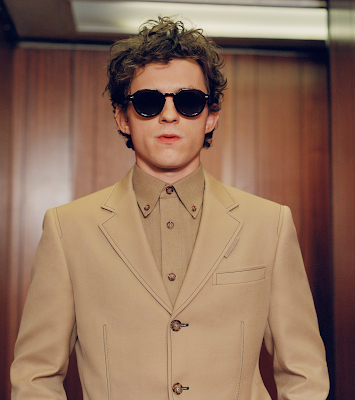 Love the clothes but there’s one big problem, too many clothes, why is he hiding the spidertwink body we all love so much. I hope there’s a scene in the new film that continues the Peter caught in his underwear bit

Can you imagine being obsessed with Spider-Man and the MCU when you could be obsessed with things like Passing or Bergman Island or Power of the Dog? I know I just sound like a grumpy old man but these marvel movies are so f*cking boring.