The Second to Last Tango 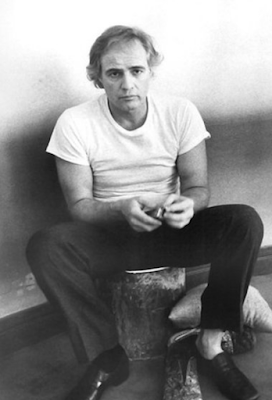 Deadline is reporting today that a new limited-series about the making of Bernardo Bertolucci's 1972 film Last Tango in Paris is getting made -- that film, which starred Marlon Brando and Maria Schneider and was about their characters' troubling, tumultuous, and anonymous sexual relationship, has been rightly the subject of controversy for the past decade or so after Schneider revealed that Bertolucci & Brando sprang the film's infamous rape scene on her. Just the sort of thing you want writers from Entourage to handle right? Well that's what you're getting -- funny enough Deadline doesn't mention the title Brando, but that's what is listed on the writers' IMDb pages --  but at least it will be co-directed by Killing Eve's Lisa Brühlmann, whose movie Blue My mind is definitely worth seeking out (read my review here). Anyway obviously the big conversation on this is casting -- who plays Brando, Schneider, Bertolucci? 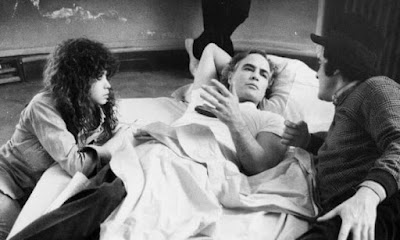 I haven't seen Tango in many a moon -- it's never been a film I got pleasure from watching; it always made me feel gross, and ever since Schneider revealed what went down even more so. But it's probably due a re-visit (and hey look the blu-ray on sale for ten bucks on Amazon today) since it's always felt like a film that will improve the older one is while watching it. There's an aspect of life experience that I think it requires; I just might have been far too young the first time I saw it. What do you guys think of Last Tango? And who would you cast in these roles?
Who? Jason Adams When? 2:20 PM

Schneider was quite a bit less than clear about what happened on the set. As I understand it she said she felt “a little bit raped” after shooting the scene. In the early 70s the word rape was being thrown around rather cavalierly. One major critic in a widely circulated review said she felt “raped” just by sitting in a theater watching Bergman’s CRIES AND WHISPERS, so….

Making a film about a film is not my favorite idea. I hated Fincher's monotonous auteur jackoff session Mank. Maybe in the hands of a woman, it will be worthwhile.