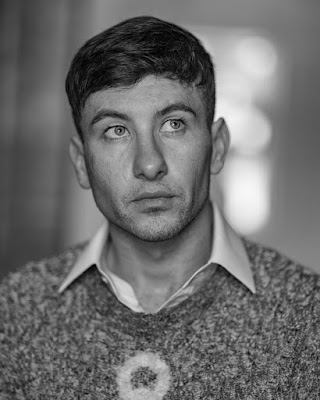 "I want to work with Andrea Arnold, Lynne Ramsay, and Celine Sciamma, who did Portrait of a Lady on Fire. Those three ladies are at the top of my list. Their films have such strong stories; Celine’s Girlhood has stuck with me since 2014. The performances are so raw that I thought it was real. It let me in so much, and I always find that fascinating, how a director can get actors and actresses to trust them like that."

This quote from Eternals and Green Knight actor Barry Keoghan is actually a year and a half old, from an interview he gave to NME last March when his movie Calm With Horses (a good movie which also starred MNPP fave Cosmo Jarvis and which you should seek out -- here's that trailer) was coming out, but it's making the rounds on Twitter this week thanks to Eternals' release and everybody being like, "Oh right Barry Keoghan kicks ass." But such sentiments must be shared now once they're seen, because... right, Barry kicks ass. If you look at the directors Barry's already worked with at all his twenty-nine years of age -- Yorgos Lanthimos, Christopher Nolan, David Lowery, Chloé Zhao, with Matt Reeves (in The Batman) and Cary Fukunaga (for Masters of the Air, which I posted about here) and Martin McDonagh (for The Banshees of Inisherin) on tap -- it's clear the boy's got taste. But his wanting to work with Arnold especially tickles all of my fancies -- all of 'em! -- because how damn easy is that to picture? They seem like peas in a pod, a perfect match, and I really hope that one happens. 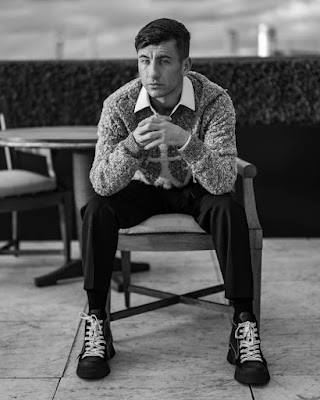 That first pic is my new favorite of him. Wow!