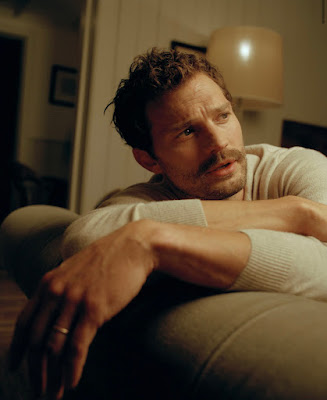 Our pal Kyle Buchanan went and chatted with Jamie Dornan for the New York Times today, you can check it out here -- it's mostly all about Kenneth Branagh's perfectly lovely little film Belfast, which is out in theaters now (I reviewed it here) and which is angling for some, you know, awards. Kyle always does a good job with these things but I don't know how he even kept going after Dornan, literally thirsty for a drink of water, said "he considered making out with me 'just for the fluids.'" That's the sort of thing you get engraved on your tombstone, Kyle! I also enjoyed this passage:

"Dornan knows that because of “Fifty Shades,” his most ardent fans are women and gay men; when straight guys ask for his picture, he can still sense their skepticism. “They’re always like, ‘It’s obviously not for me, I’m a straight guy, and I have a wife’ or ‘I have a girlfriend, and she likes you, that’s why the photograph’s happening,’” he said. “What have I done, three war movies? You’d think that might help my cause out a little bit with straight men, but probably not. I think you need to be in that comic-book world to really grab their attention.”"

Straight men are so ridiculous. Dornan also talks some about his early modeling career, and whenever he does that it makes me flash back to an earlier iteration of my own day-job where I dealt with models a lot where I actually met Jamie on a casting call! Looking back I don't know how I knew who he was then though? It was probably after he did his eensy role in Sofia Coppola's Marie Antoinette but was that really enough that I knew his name? Good grief I am a psychopath. Anyway hit the jump for two more very handsome photos from the NYT... 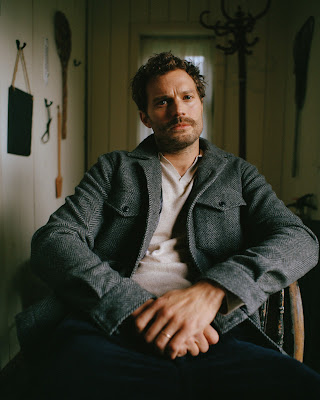 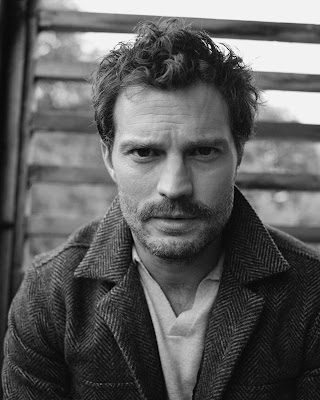 "Straight men are so ridiculous."

Couldn't agree with you more.

Well, in Marie Antoinette he played the same part as Tyrone Power did in 1938, so there's some food for thought.