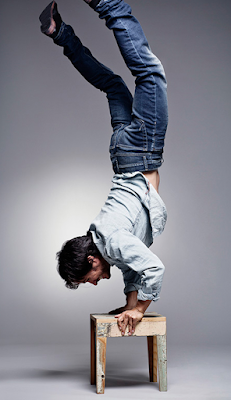 Marvel continues swallowing up every actor in the known universe -- and some unknown ones (see: Tilda Swinton) -- by snatching the great Gael Garcia Bernal to play a werewolf, yes a werewolf, for a very special Halloween special they're making next year. Specifically the character is from a series called Werewolf By Night, which has been around in one form or another since the 1950s, with its most famous run starting in the 70s with a character hilariously named "Jack Russell." More recently the character's been re-named "Jake Gomez" which, well, that seems more likely where they'll go since they cast Noted Mexican Gael Garcia Bernal in the role. Anyway skimming through the character's Wiki page (which is ridiculously long and convoluted, as with all comic book characters) I see that there's lots of interaction with the Moon Knight, which is the character Oscar Isaac is playing in a series that's hitting Disney+ next year (as we've posted a'plenty) so some overlap there feels inevitable. And "Gael & Oscar together" leads you, in this post's final moments, to the reason why I am even really posting about this. I just wanna see that. Oh and also let's hope for a sexy were-transformation! Those are always important.
Who? Jason Adams When? 1:07 PM
Labels: Gael Garcia Bernal, horror, oscar isaac