As promised slash threatened -- I really need to come up with a word for that... threamised? -- yesterday when I shared the first photos of the film, the trailer for Michael Bay's latest explode-a-rama Ambulance is here this morning. It stars Jake Gyllenhaal as a bad-guy bank-robber who enlists Yahya Abdul-Mateen, a lesser bad bad-guy bank-robber, to help him rob a bank, and when shit goes south as it ever do they end up hijacking the vehicle of the title to escape, which just happens -- coincidence! -- to be carrying to a police officer who was injured during their heist. O, cruel fates! Also on board is Eiza González (from Baby Driver) as one beleaguered EMT tasked with keeping the cop alive while the ambulance flips over one thousand times in stunning four k resolution slow-motion, again and again and again. Here's the trailer:

Part of me is talking to me saying, "Hey Jason? You love this cast! This trailer looks like goofy ridiculous fun and there's always room for a non-IP-based smaller-budgeted actioner, isn't there?" Part of me is like, "Well at least Michael Bay can get a movie without Transformers in the title made once in awhile by the big studios -- that's something, right?" That part of my brain hasn't suffered through a Michael Bay movie in awhile though, and that part of my part is going to be bitch-slapped by the other part of my brain once I force myself to sit through this movie, I know it now. But I never learn! Ambulance we now know is out on February 18th. Hit the jump for some higher quality less-cropped versions of the photos from yesterday... 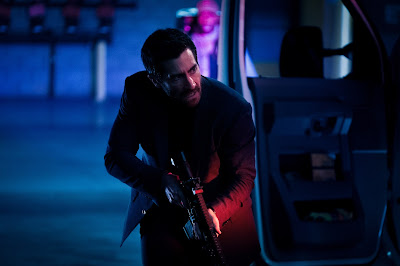 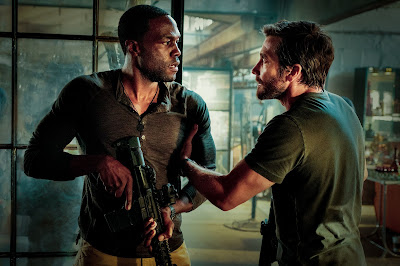 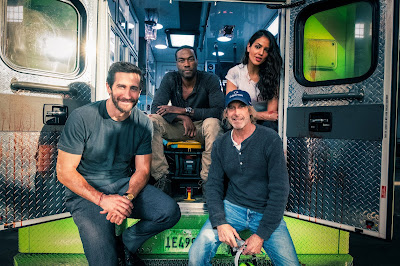