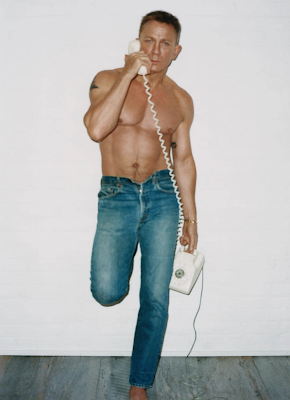 Because he gave some good quote worth sharing today about the new James Bond movie I went looking specifically for outtakes from Daniel Craig's British GQ layout from early 2020, back when No Time To Die was about to come out the first time -- see the rest here, it's a memorably hot photoshoot -- and look there, I found one! It comes via the photographer Lachlan Bailey's Instagram page -- he's the same dude who put Matt Damon in short shorts the other week so he is clearly worth a follow. Anyway there was a brief chat with DC in the Guardian yesterday -- maybe this made the rounds, I don't know, I was ensconced in NYFF screenings -- where he shared the following:

"The 53-year old actor, who lost teeth, tore muscles and severed tendons over the course of 15 years’ of shooting for Bond, said he was “more naked than the women” in the upcoming film, adding: “I’ve designed it that way.”

Since he walked out of the ocean in those blue swim-trunks in the first film the Bond movies have actually been a little disappointing on this front -- he's tossed us a shirtless crumb here and there -- so let's hope that Daniel is using his words wisely, and when he says "naked" he means "naked." Go out with a bang, Dan! Give us the first double-oh frontal! Okay I won't hold my breath for that given how straight-dude-centric these movies remain but he could at least bring back the blue trunks and take a victory lap. Hit the jump for a trio of photos of Daniel hitting the gym, proving he could more than fill those things out still... 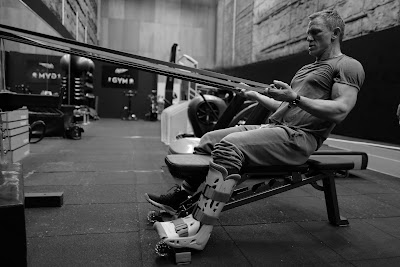 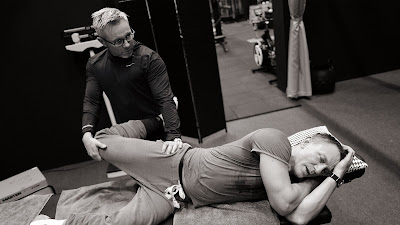 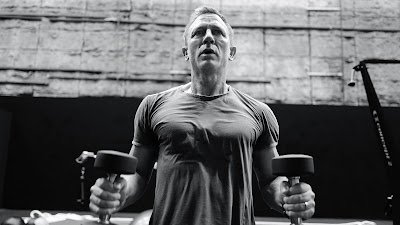