The Power of PEN15 Compels You! 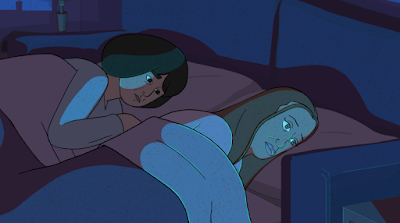 You have all watched the second season of PEN15 by now right? This assumes you've also watch the first season, and if you've watched the first season I don't know how you could have gone so long without jumping on the second, but who knows you people can be real weird. Anyway as I ranted and raved at the time it was released the first season of PEN15 was great fun by the second season took the show to an entirely different league -- one of the greatest seasons of television of all time, says me. I have goosebumps thinking about it right now, I love it so with every fiber of my being! Anyway because the queens Anna Konkle and Maya Erskine love us they have gone and gifted us with one more episode, an animated one that is dropping on Hulu nxt Friday, August 27th! There's a trailer! I am sharing it with you now!
Who? Jason Adams When? 2:00 PM