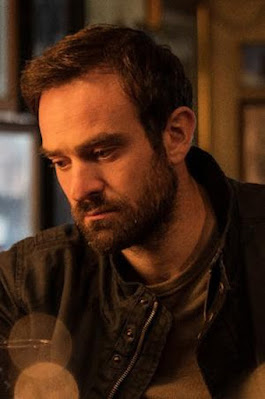 I am literally always, every minute of every day, wondering what Charlie Cox is up to -- and sometimes the universe answers back! Like today! When what should be sitting in my inbox but this new photo along with news of this new program that will star Charlie. A good day, then! The show is called Kin and it's an Irish crime drama that will co-star among others the very Irish trio of Aidan Gillan, Ciaran Hinds, and  Emmet J. Scanlan (who we've loved ever since the gay zombie series In the Flesh and talk about a project I need to revisit). I don't have a release date but I do have a plot description:

"A boy is killed. And his family embarks on a gangland war with an International cartel, a war that is impossible to win. It’s David and Goliath. Out-numbered, out-financed, and out-gunned. The Kinsellas find themselves holed up in their Dublin stronghold while their businesses fail, and family members and associates are picked off. But they have something the cartel does not, the unbreakable bonds of blood and family... KIN is a world where gangsters are treated like reality stars, with nicknames and celebrity status. Where assassins dress up as women, and drug dealers keep exotic pets in their garage. A world of drugs and guns and murder and loyalty and family and men … And a woman. KIN is an eight-part Irish crime drama with a stellar cast including Charlie Cox, Clare Dunne, Aidan Gillan, Ciaran Hinds, Maria Doyle Kennedy, Sam Keeley, Emmet J. Scanlan, and Yasmin Seky."

"Where assassins dress up as women" is a hell of a weird phrase. The assumption being that assassins are always male (on the basis that it wouldn't be worthy of comment if a female assassin was dressed as a woman)? It doesn't inspire confidence when combined with '... And a woman.' Though it is a stellar cast so hopefully it's just really shit copy.

Agreed! I hope they rework that description because NO

revisiting "In the flesh" myself at the moment, great show. It'll be good to see Charlie again, alongside Emmet to top it all off.