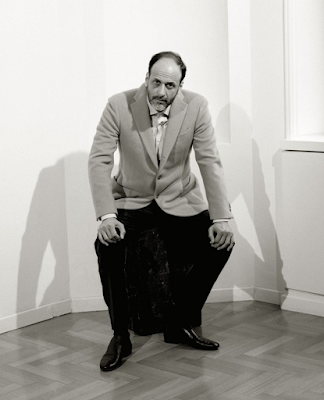 This didn't go up until late yesterday so I wasn't able to link to this on the actual birthday itself, but MNPP fave Luca Guadagnino, director of a little thing called Call Me By Your Name amongst others, turned 50 years old yesterday, and to celebrate that fact I went and watched one of the two movies of his I had never seen -- Melissa P. from 2005 -- and wrote about it for The Film Experience. (The other film of his I have not yet seen is his first film 1999's The Protagonists, but it's really difficult to track down without paying 20 bucks for a foreign-regioned DVD.) I actually wish my Melissa P post ended up being more celebratory than it did since I love Guadagnino so, but the movie's not great, a sentiment reflected in the piece. Still Luca's got some wiggle room on that one because the studio interfered a lot. And I hope he knows we love him forever. We'd call his name out during the witch vote!
Who? Jason Adams When? 11:13 AM
Labels: birthdays, Call Me By Your Name, Luca Guadagnino, Tilda Swinton, Timothée Chalamet