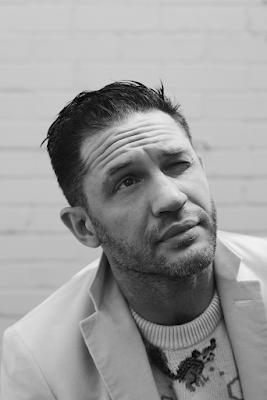 The one the only Tom Hardy has a big new interview with Esquire out today that's making the rounds -- specifically because he's asked superhero movie shit and if you talk about superhero movie shit then your interview makes the rounds. It still astonishes me how easy it is, but then here I am posting the same shit, so I need to shut up and move on. My angle on this information though, as you'll soon see, is all my own, since Hardy talks about getting his character of Venom together with Tom Holland's Spider-man, and, uhh, obviously I'm gonna make that shit as gay as I wanna. Here's Hardy's slightly unintelligible quote:

“Should both sides be willing, and it be beneficial to both sides, I don’t see why it couldn’t be. I hope and strongly, with both hands, push, eagerly, towards that potential, and would do anything to make that happen, within what’s right in business. But it would be foolish not to head towards the Olympic Games if you were running 100 metres, so yeah! I want to play on that field.”

I think we can all agree that we'd like to see Tom Hardy use both of his hands to push Tom Holland onto a field or whatever -- let's make it happen. Anyway obviously there's no news contained in that quote -- Shocking Newsflash: he'd like to fight Spider-man in a movie! -- so the most important thing to come out of this interview is the fact that it led me to this photo of himself in a Spidey costume that Hardy apparently posted and then deleted off of his Instagram back in 2019, which had eluded me until now: 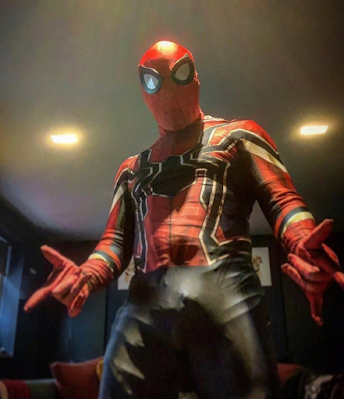 I can see your web-shooter, Tom! I do think if Hardy sent this shot to Holland then he's probably got the Spider-twink on his side, as well. They'll work something out, no doubt! Whether it's on-screen or at home! Anyway feel free to read the entire Esquire interview over there (his avoidance of wanting to get into the Mad Max thing is deft, and I love how he drags his stuntman in to do the rest of the interview at one point) but if you just want the pretty pictures of Tommy boy then you can hit the jump right here... 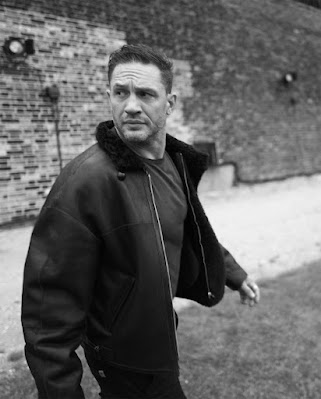 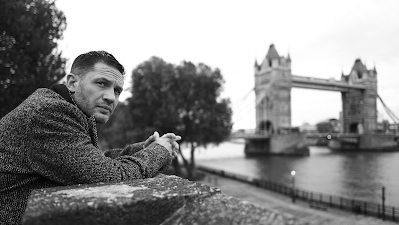 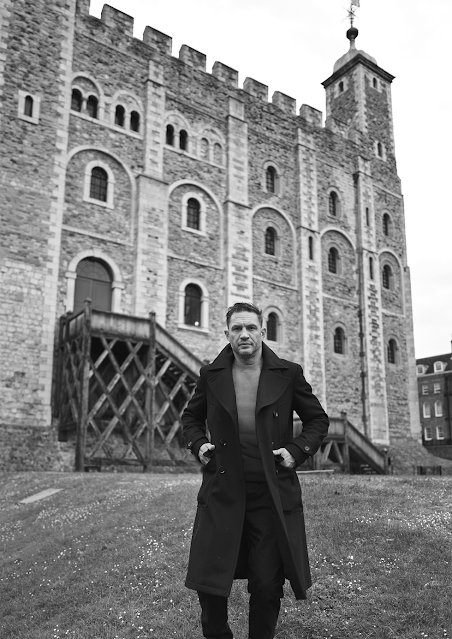 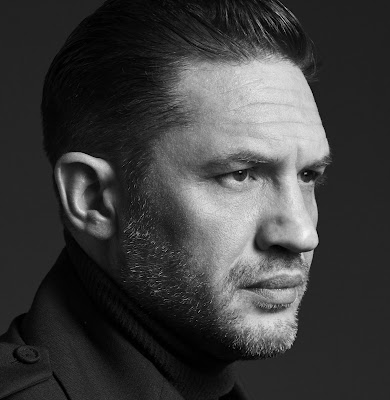