Guilty of Biceps in the First Degree 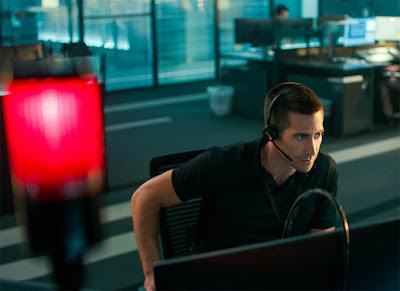 (click to embiggen) I figured it would only be a matter of time before we got our first look at Jake Gyllenhaal in Antoine Fuqua's upcoming Netflix film The Guilty once earlier today Netflix revealed the film's release date is October 1st, aka only about five weeks from now -- and no do not ask me how it's possibly five weeks until October already, I'm still stuck in like March of 2020 over here.

I am so worried that this movie will be a complete bastardization of the super duper good original (SEE IT) but at least Jake reuniting with Fuqua is making me remember Jake's Southpaw body so all's not for naught https://t.co/OPVAIPUb7h pic.twitter.com/RRmeeVRrkq

Anyway my assumption was for once right -- no ass outta me this time! -- and there it is up top, our first look. And it looks exactly like one would expect it to look if one has seen the original (spectacular) film which Fuqua's remaking, which was like a one-man play focusing on a 9-1-1 operator (Jakob Cedergren) as he navigates an ever-escalating emergency call. I recommend you see the original! 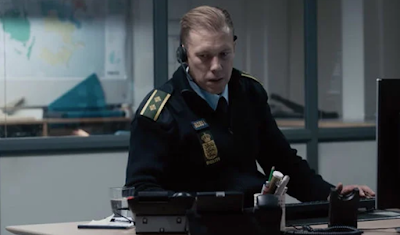 Or maybe wait for this one? I guess we'll see. Maybe it will end up being like The Ring vs Ringu and everybody will love the one they saw first the most. Fuqua (who previously directed Jake in Southpaw) also cast Peter Sarsgaard, Riley Keough, Paul Dano, and Ethan Hawke, but we'll have to see then if they're just voices like in the original, or if we will actually get to see their beautiful buncha mugs... which will change the film drastically from its original. (God I hope not, though.) Oh and if you wand to see the rest of what Netflix has lined up for the rest of the year date-wise check out the rundown at AwardsWatch. And now here is a photo of Fuqua's impressive biceps with which we will end: 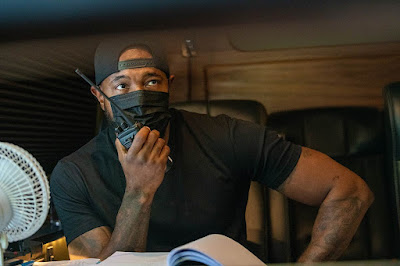