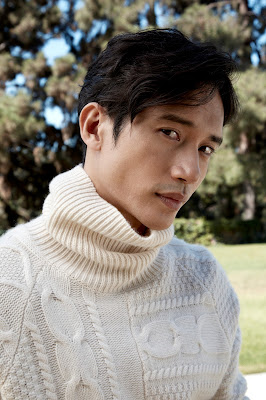 So has anybody started watching Nine Perfect Strangers on Hulu yet? I did, I did. (I haven't seen the latest episode yet though.) It's perfectly fun so far, with some keen moments of performance, but I do feel kind of bad for it coming out right on the heels of the similarly plotted The White Lotus from the genius Mike White, by which anything -- yes even a thing starring Nicole Kidman, Michael Shannon, Melissa McCarthy, Regina Hall, Bobby Cannavale, Luke Evans, and the lovely Manny Jacinto here --  would pale in comparison. It feels much more of a piece with HBO stuff like Big Little Lies or that other Reese Witherspoon show, the one where Joshua Jackson wore tighty-whities. (I never bothered finishing that one.) Serviceable but basically disposable glossy trash. We will see. For now let's enjoy this new sweater-tastic photoshoot of Manny for WWD though, right on after the jump... 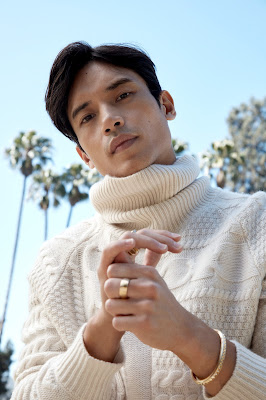 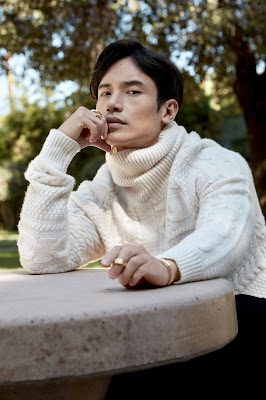 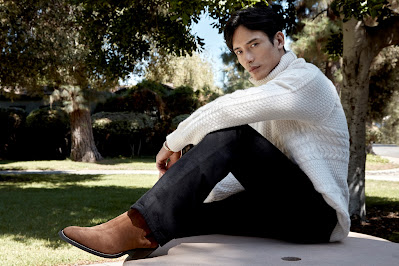 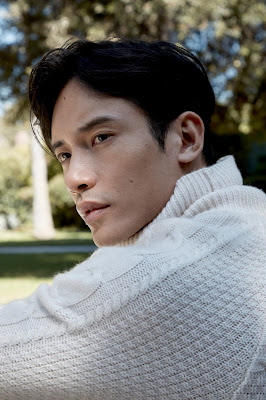 He shows his butt in the latest episode, which obviously you'll enjoy, even if the show is a near-complete mess.

I ended up watching the new episode last night and I am not convinced that it's manny's actual butt -- the way it's shot made me think butt double. Which makes me HATE the show. How dare they

I mean, he commented on Twitter about having to undress for the show and made a joke about that being a great reason to hit the gym, so... lol