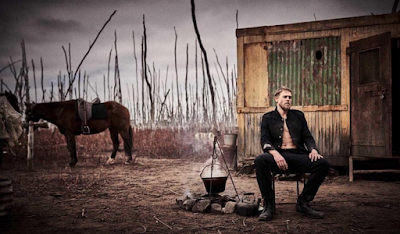 Sergeant O'Neil: Reminds me of a dog that I once had. It was a mangy old thing. And I am a cruel bastard, so I would whip it every which way. I'd beat on him just for looking at me. So, I figure if you hate on something for long enough, well, he just comes to love you anyway, just for those few moments when you don't.

A happy 47th birthday to the Aussie director Justin Kurzel, who's proved himself to be a real talent in the decade since The Snowtown Murders (aka Snowtown) came out and scarred us all who dared look upon it. (I saw a blue plastic tub in some random other movie the other day and shuddered with a memory from Snowtown, even though I haven't see that movie since it came out.) Well as long as he stuck to smaller stuff anyway -- I wanted to be there for Assassin's Creed but even I couldn't. But Snowtown, his stunning Macbeth film, and his Kelly Gang film, that's a fucking decade. 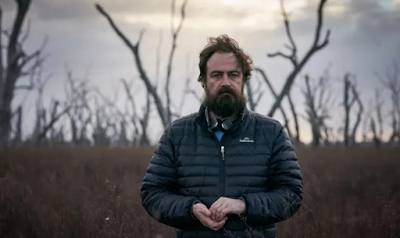 And what he's got lined up is giving me a thrill, too -- his latest movie called Nitram, about Australia's worst lone gunman massacre on record, stars Caleb Landry Jones, Essie Davis, and Judy effing Davis, and just played Cannes where I saw good notices. It's out in Australia in September; not sure when we'll see it here in the States but one hopes not long after. There is a trailer, though!
Then there are three future projects he's announced that might come next -- there's the Nazi hunter flick Ruin that got announced in 2018 with Matthias Schoenaerts and Margot Robbie; there's The Siege, about the terrorist attack on the hotel in Mumbai (I would guess this one won't happen though, since Hotel Mumbai already came and went and was, I thought, actually really well made); and then there's the TV series Shantaram starring Kurzel's Kelly Gang actor Charlie Hunnam, about a heroin addict who goes to prison, becomes a doctor, gets embroiled in the mafia, so on. It's based on a semi-autobiographical novel and I know they already at least shot a pilot, as I saw plenty of photos of Charlie on the set last year... 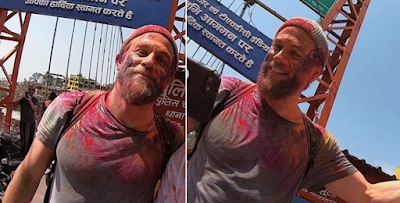 Just recently watched "THOKG." It was...okay, but I think it may take a second viewing for me to decide whether I liked it.

And the cast is full of beauties. Lotsa of pauses to take everything in.

The trailer wasn't there but Jakes's Prada ad was. I think I would've enjoyed Jake frolicking in the Italian sea closer to shore with maybe some mooning under a red night moon I think that would've been masculine enough, sans boat. I did just watch a very loving Olympic boat race where the Auzzy's pulled the silver-winning Spaniards off their boat into the ocean to hug them. I do appreciate the boat just not that ad entirely. Since I'm here Matthew Rhys has just renovated (built) a fucking Hemingway boat or something which is open to the public to venture to and fro on with antipasto and Rhys's hefty salty sailor beard in tow and I don't see that getting the Adam Driver attention it deserves. Just need Matthew Good to bring the wine and Kerri to bake a Pie.

Ari Wegner was the Director of Photography for THOTKG. You should check out her beautiful work in The Kettering Incident.