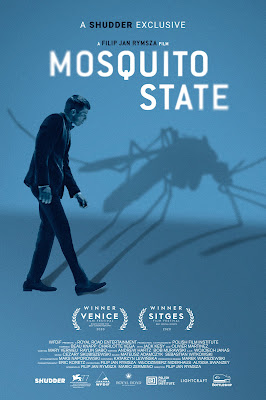 What's that sound? Do you hear a buzzing in your ears? Perhaps a tickle on your flesh as if something small and nefarious has just alighted on you, little leg after little leg, but when you turn to look it's gone, just a small red pinprick where it may have just been? Well I think that's your sixth sense preparing you for the forthcoming fantastical horror flick Mosquito State, which is premiering exclusively on Shudder at the end of the month -- August 26th to be precise. From Polish director Filip Jan Rymsza Mosquito State stars familiar-face Beau Knapp (you've definitely seen him in several somethings but you might not know his name yet)... 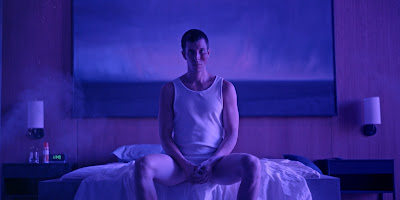 ... as a math savant who's made gazillions trading stocks in pre-2007-crash New York -- alienated at work by the alpha males, played perfectly by Olivier Martinez and Jack Kesy (aka my beloved Roller from Claws) Knapp retreats more and more into his luxurious Central Park South apartment, becoming paranoid about that coming crash and, well... other stuff. Some stuff, okay! You'll learn more if you watch the trailer (below) although per usual I always recommend not watching trailers and seeing things as fresh as you can. This one's worth it, I promise.

Like I said Mosquito State hits Shudder on August 26th -- and I sure hope you've gotten Shudder by now, it is by far the best bang for the buck streaming-site-wise, says me. 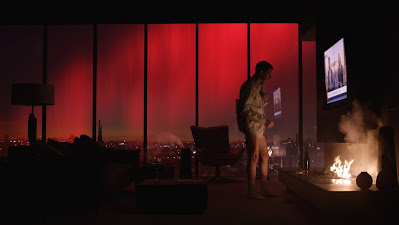