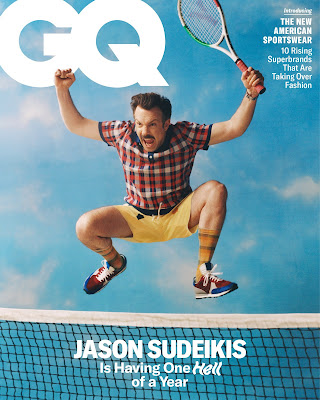 I momentarily hesitated sharing Jason Sudeikis' new GQ photoshoot this morning (read his chat here) because, well, for one, Jason Sudeikis sneaks up on you. He's so amiable and normal-guy-seeming that I always forget he's also got that certain something, that low-key old-fashioned DILF energy. You know the kind -- not the gamma explosion of "Henry Golding DILF Energy" but the real-world, I'm sleeping over at my friends house in high school and her dad is making a dumb joke about potato chips... 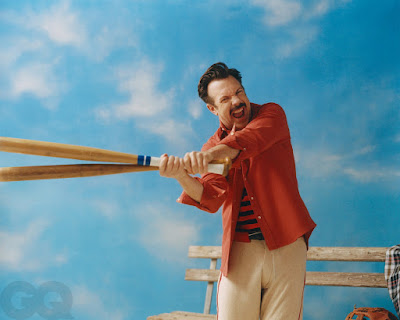 ... while we watch a scary movie and for a second I think maybe I should go corner him outside of the bathroom and make him uncomfortable thing. You know. That kind. Anyway I also didn't want to admit that I still haven't watched Ted Lasso, so that also made me hesitant to share this photoshoot. But I haven't! I haven't watched the goddamned show yet, alright??? Hit the jump for the rest... 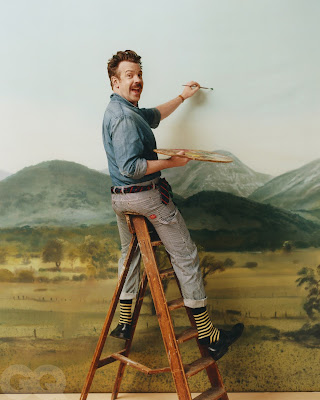 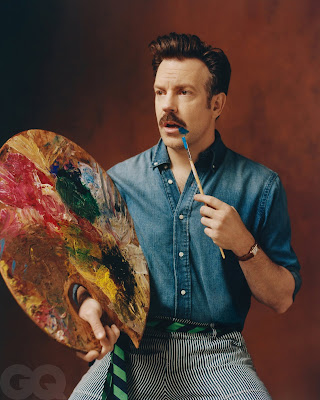 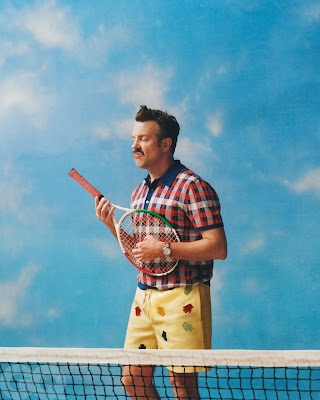 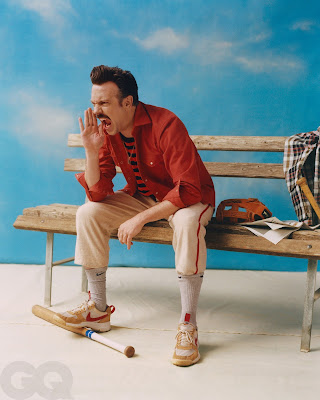 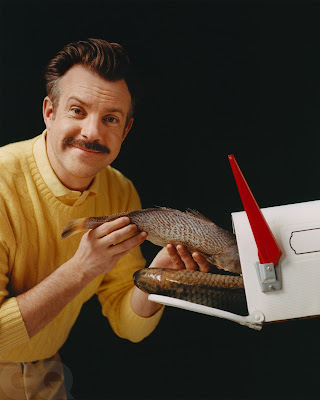 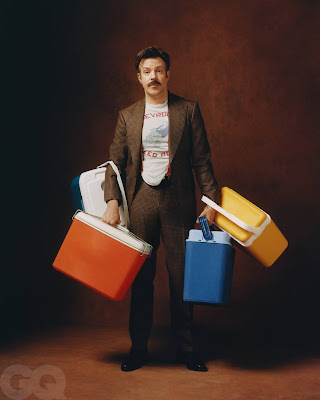 Watch it! It will put you in a great mood, at least it did for me, and I hate sports.

Watch Ted Lasso! It is so delightful!

I love Sudeikis, and Ted Lasso is great. Juno Temple is also fantastic in it (and fucking genius in the first season of Dirty John).

The show is a must watch. There's a few sexy guys in it!

Great show, and I have always found Jason to be very sexy. He is damn cute, and his comedic talent is also sexy. I get GQ going for his wheelhouse of humor for the shoot, but it would be great to see someone shoot him with some smolder, or just less ham. It's possible they attempted some serious photos, and maybe he doesn't have the ability to turn off the funny. I'd still like to see it.

(I dated a very cute guy for a year, who was also one of the funniest people I have ever known, but he could never turn it off. I am sure it was a defense mechanism, but it became a problem. Being funny and always joking does not segue into sex, and as much fun as the humor is, it actually gets exhausting and a turn off.)

I know what you mean. I knew a guy like that, always was joking and telling funny stories. I started thinking he must have spent hours when he was not with me, rehearsing his delivery, that I was simply his stand up audience. Too much. And when I became the butt of his material, as much as I hate to agree that he was accurate about me, things went downhill. Everything was pointed out to me and anyone who happened to be around via masterfully executed punchlines. Like a being showcased on the town pillory.