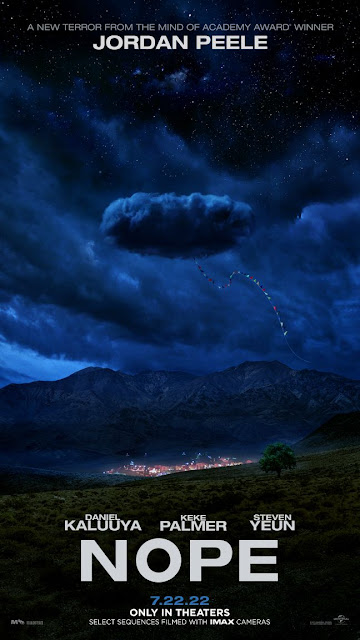 Weird that I have only before now mentioned this film in passing, given how much I am looking forward to it, but the teaser poster for Jordan Peele's next film has just been dropped -- we now know it's called Nope (and that is a great fucking title); we already knew it has Peele re-teaming with Get Out's Daniel Kaluuya, alongside the great Keke Palmer and the also great Steven Yeun. What else do we know and not know about Nope? It's out in July of 2022, and I do believe we know that Palmer is playing the villain. And it's got to do with relations between the sexes. And that poster seems to hint at a maybe-supernatural, or I should say extraterrestrial,  threat. Peele is so good with finding instantly iconic imagery though, right? The kite string (if that's what it is -- it could also be one of those flag strings from outside car dealerships, I suppose) coming out of the cloud feels immediately familiar, like out of a Charlie Brown panel, but obviously of a darker import this time around. Although this is where I admit that that tree that ate kites in Charlie Brown scared the shit out of me as a kid. Anybody else? 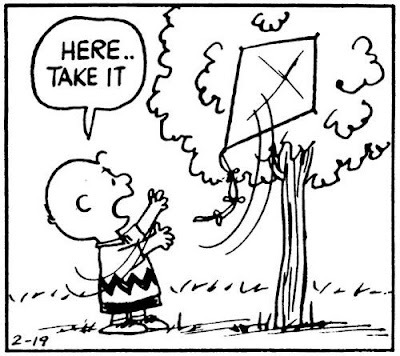