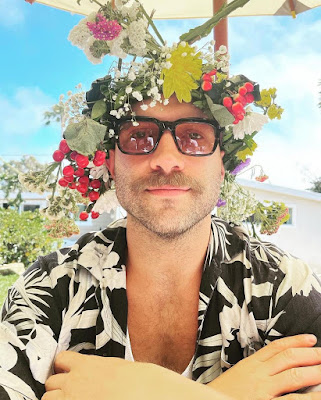 I've spent the past two days, ever since Jai Courtney posted a photo of himself celebrating Midsommar over the weekend, weighing whether to do a "Who wore it best?" post that pitted his flower crown against Florence Pugh's flower-crown in Ari Aster's film named after said same holiday. What kept me from doing the poll was I figured it would be a blow-out for original May Queen Florence...

... although perhaps I was underestimating y'all's Jai-thirstiness in my considerations. But today that query's moot, as we've been afforded a new option! Because it turns out that Jai's Suicide Squad co-star Jay Hernandez was also at his little party! So we can decide between them instead! 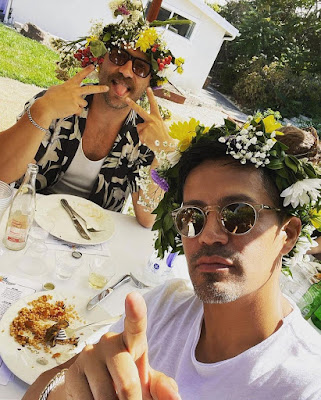 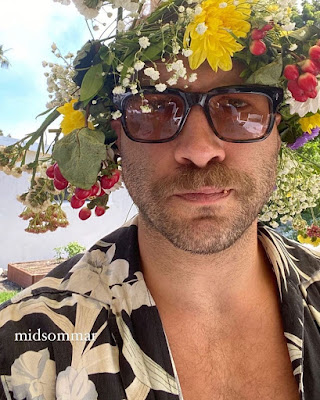 Jai is underrated. His performance on that miniseries was incredible and he’s hot as hell.

I like Hernandez best, I even watch Magnum sometimes.