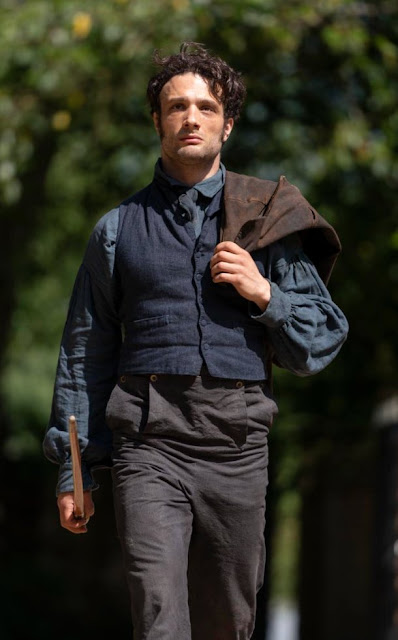 I have been keeping close tabs on 2022's adaptation of Jane Austen's Persuasion because hot damn do I love that cast, and today Netflix released the first three images of said beloveds -- above is Cosmo Jarvis playing Captain Frederick Wentworth, below is Henry Golding playing Mr. Elliott, and at this link where the photos came from is a look at our leading lady Dakota Johnson playing the one and only Anne. As previously mentioned I have no idea what that means, since I've never read Persuasion or seen a single film adaptation, but judging by the ways people seem real protective of this material I will go with "one and only." I guess we'll see! Other people I love in the cast -- Richard E. Grant and Killing Eve's Edward Bluemel, who's definitely gotten some attention here on the site in the past... 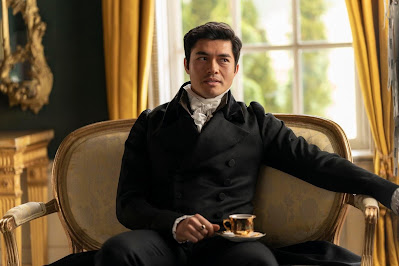