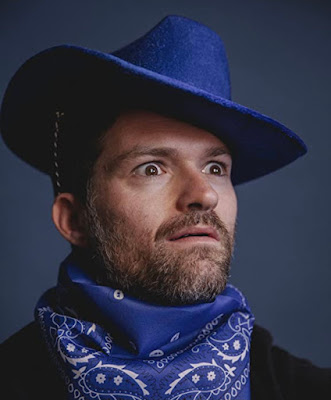 I never posted about it here on the site (I did tweet!) but did any of you see the horror flick Scare Me on Shudder last year? It's a lot of fun, you should if you haven't -- if you did see it then you recognize Josh Ruben photographed above, he's the film's leading man and also its writer-director. That picture above? I love that picture. Anyway he's got a new horror-comedy flick called Werewolves Within that's playing Tribeca next week (it was one of the films I included in my preview of the fest at The Film Experience a few weeks back) and I will surely have more to say next week about it, since I watched it last night and that's why he's on my brain. Ahh now you get it. It takes me awhile but I get there eventually. And now I'm done! It's the weekend and I've got a million more Tribeca screeners and other screeners to get through, so I gotta git.Y'all have a great weekend. Next week lots of stuff!
Who? Jason Adams When? 5:21 PM