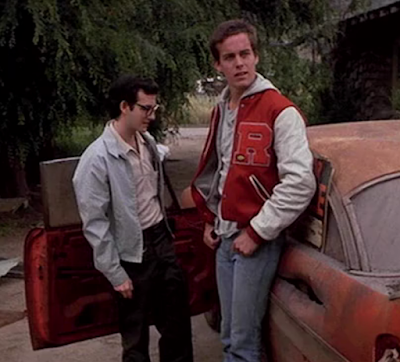 Now this is the sort of news I've been waiting for! Deadline is reporting that our beloved Bryan Fuller, he of Hannibal and Pushing Daisies fame, is writing and directing a re-do adaptation of Stephen King's classic book Christine. Yeah the one about the sexy killer car that re-does its nerd and turns him into a bad boy. John Carpenter made a movie version in 1983 that I've always sorta liked, sorta not liked, but I'll admit I haven't watched the movie (or read the book, for that matter) in many many years. Smash cut to my Amazon cart looking a lot like this... 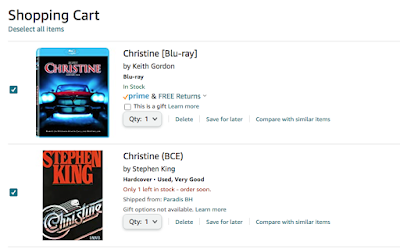 I'll be doing a re-watch and re-read of both of this as soon as I have them in my hot little hands, baby. Anyway Deadline says Bryan plans on keeping the film set in the 1980s and as close to King's book as he can. Also worth noting -- this will be Bryan's first director's credit, if IMDb isn't lying to me. He's always let other people sit in that chair, although his voice across projects has become so strong and distinctive enough that it's recognizable from space. Cannot wait to see how he aims it onto this project!
Who? Jason Adams When? 12:37 PM

I've read Christine multiple times, the deaths in it are epic. The film missed the mark on most of that, changing locations and losing the winter setting was disappointing. Gordon was great, tho, and I've grown to appreciate the film for what it is. I hope Fuller will stick the original story/setting, and we all know it's gonna be gorgeous.