What in the Muad'Dib Hell 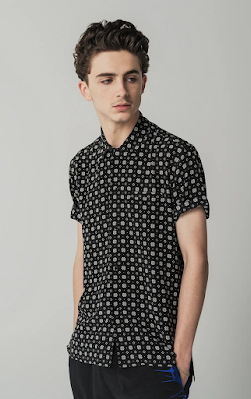 If you're anything like me... christ I'm sorry. I know how much that sucks! Oodles of suck. That's not my point though. If you're anything like me you spent a chunk of the past day 1) sucking, and 2) being confused about what was going on with Dune. There were new reports that it wasn't going to be released onto HBO Max on the exact same day it's set to hit theaters (that'd be on October 1st) even though that had been the plan (much to everybody involved with making the film's chagrin) ever since that started being a thing that Warner Brothers did with their movies thanks to the pandemic. But then there were anti-reports. And then those initial first and second waves of diametrically opposed reports were re-reported on top of each other by different sources for hours upon hours, lending the entire ordeal a hurricane of chaos feel. I just wanted to hold tight onto Timmy and cry! (What's new.)

Well if you were and/or remain as confused as I was it all seems to have been straightened out, with a good round-up here -- none of the plans have changed, Dune will still be coming out in theaters and on HBO Max on the exact same day. Those initial reports were probably just clickbait for a slow news-week or some shit, and we fell for it because we're all shitty suckers. Sorry to say but it's true! That's how I began this post after all! Anyway I was fine watching Godzilla vs Kong at home, and Wonder Woman 84, and Mortal Kombat, but I will 100% make the trek to the movie theater for Dune, especially given how good things are already looking pandemic-wise here in NYC, and how one hopes things will remain looking so now up until October. Fingers and such crossed, et cetera.
Who? Jason Adams When? 5:44 PM
Labels: Denis Villeneuve, Timothée Chalamet

As bad as Lynch’s version was, there was a feeling I liked that I felt rang true to the novel. He had a great makeup, costumes, and sets. Great actors. Just some poor special effects, bad editing, bad dubbing, and an overall incompleteness. I didn’t see the miniseries, but had wanted to. And now there’s this one. D Villeneuve has a sterile sensibility in telling his stories. I liked the Arrival, and his Blade Runner sequel, but they are so OCD, rigid, germaphobic. There’s no stank in what he creates. And thinking of the potential that Jodorovsky could have brought to it, I hope Villeneuve has relaxed his sphincter for his film.