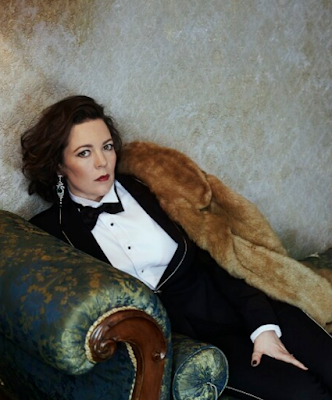 Olivia Colman's acting ascendancy has been one of the brightest truest bright-spots from the past few years -- to be reminded that genuine talent can be appreciated, sought out, and rewarded in its day... well sometimes the world feels empty, vacuous I mean, and she makes the world seem a little less so; bless her for it. (Relatedly I'd be totally fine with her winning another Oscar for The Father, in which she is once again tremendously good -- here's my review of that movie.) So anyway I'm happy to report she's got another good-sounding project lining up today -- Sam Mendes wrote the script and will direct the movie, called Empire of Light, which Deadline says "is [a] love story, set in and around a beautiful old cinema, on the South Coast of England in the 1980s." I'm glad he's making something small and character-based -- I enjoyed 1917 just fine, but I think Mendes thrives a bit better with character than he does with spectacle, and with Olivia Colman in the lead he's already won 98% of that battle. Oh and Deadline is saying that Roger Deakins will be shooting the film, so there's the other 2% right there.
Who? Jason Adams When? 12:25 PM

Colman is so terrific in The Father, I may forgive her for stealing Glenn Close's Oscar for The Wife. Sure, sure, I loved The Favourite too, but c'mon, did you see The Wife? Anyhoo, Colman was amazing in The Father. Anthony Hopkins is a god among actors. However, without the support from Colman, I'm not sure it would have resonated with me as it did. The Father will haunt you.

Colman in supporting is a joke. Great performance but category fraud for sure.

Is it bad that I STILL see her as Sophie?

Love this woman. I could go for another season of Broadchurch!