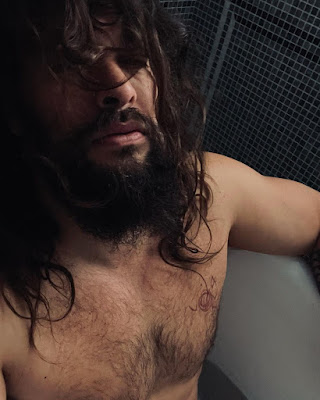 I know they keep saying that the "SnyderVerse" (oh barf that phrase) is dead now after Warner Brothers let his annoying fans get their precious "Snyder Cut" released, but I keep not seeing (or not trying all that hard to see, more likely) what that means for Jason Momoa as Aquaman, or Ezra Miller as The Flash, or even Gal Gadot as Wonder Woman. All of those things are still things, right? I'm pretty sure I saw some casting news on The Flash movie just a couple of weeks ago. And yes I realize all of this might be easily google-able but it's Monday morning and I'm lazy, okay? So if anybody has insight on this weird place we find ourselves in, DC-Hero-wise, please share in the comments! (pic via)

Dammit James Wan's THE TRENCH was literally the only DC movie I gave a shit about. 1, cuz that sequence is the best sequence in any DC movie, period. And 2, cuz making a whole damn movie out of that seemed so ridiculous & inexplicable. Clearly it was but that's where magic lives! pic.twitter.com/m9BNbRLonN

Jason Mamoa can sit and grind on my face and tongue anytime, anyday!!!!!